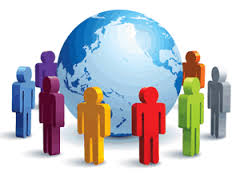 Measuring effectiveness is that it is difficult to isolate the effects of promotional elements. Each variable in the marketing mix affects the success of a product or service. Because it is often difficult to measure the contribution of each marketing elements directly, some managers become frustrated and decide not to test at all.

We now examine how to measure the effects of communications. This section considers what elements to evaluate, as well as where and how such evaluations sould occur.

An important question is whether the spokesperson being used is effective and how the largest market will respond to him or her. For example, Tiger Woods has proved to be successful salesperson for Nike and Buike. Or a product spokesperson may be an excellent  source initially but, owing to a variety of reasons, may lose impact over time.

Both the message and the means by which it is communicated are based for evaluations. For example, in the beer examples discussed earlier, the message never provided a reason for consumers to try the new product. In order instances , the message may not be strong enough to pull readers into the add by attracting their attention or clear enough to help them evaluate the product. Sometimes the message is memorable but doesn’t achive the other goals set by management.

Media decisions need to be evaluated. Research may be designed to determine which media class (for example broadcast versus print), subclass (newspaper versus magazines), or specific vehicles (which newspaper or magazines) generate the most effective results. The location within a particular medium (font page versus back page) and size of ad or length or commercial also merit examination. For example, research has demonstrated that readers pay more attention to larger ads. A  variety of methods have been employed to measure the effectiveness of advertising on the internet. Similarly, direct-response advertisers on TV have found that some programs are more effective than others. One successful direct marketers found that old TV shows yield more responses than first runs.

The fifth return of “Leave  It To Beaver” will generate much more response than will the first run of a prime-time television program. Who cares of you miss something you have seen four times before? But you do care when it’s the first time you’ve seen it.

Another factor is the vehicle option source effect, “the differential impact that the advertising exposer will have on the same audience member if the exposure occurs in one media option rather than another.” People perceive ads differently depending on their contex.

A number of studies have examined the effects of budget size on advertising effectiveness and the effects of various ad expenditures on sales. Many companies have also attempted to determine whether increasing their ad budget directly increases sales. This relationship is often hard to determine, perhaps because using sales as an indicator of effectiveness ignores the impact of other marketing mix elements. More definitive conclusions may be possible if other dependent variables, such as the communications objectives started earlier, are used.

Pretests are measures taken before the campaign is implemented; posttests occur after the ad or commercial has been in the field. A variety of pretests and posttests are available to the marketers, each with its own methodology designed to measure some aspect of the advertising programe.

Pretests may occur at a number of points, from as early on as idea generation to rough execution to testing the final version before implementing it. More than one type of pretest may be used. For example concept testing (which is discussed latter in this chapter) may take place at the earliest development of the ad or commercial, when little more than an idea, basic concept, or positioning statement in under consideration. Ogilvy Award winner Charles Schwab used pretests to determine various aspects of its new campaign, such as stopping power of the ads and communications effectiveness.

Posttesting is also common among both advertisers and ad agencies (with the exception of testing commercial for wearout). Posttestingis designed to (1) determine if the campaign is accomplishing the objectives sought and (2) serve as input into the next period’s situation analysis. An excellent example of using research to guide future advertising strategies is reflected in an experiment conducted by Lowe’s, the nation’s second- largest home improvement retailer.