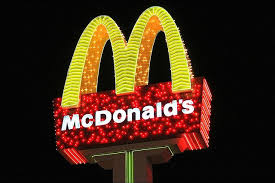 In today’s fast growing and highly competitive environment everyone wants to stay ahead and always remain connected to the whole world. The last two decades have seen many inventions that are really path breaking and changed our lifestyles in more than one or another way. This is possible only because of the changes and innovation in the organization.

Companies across a range of industries are confronting fundamental change. The advent of 3G technology poses life-and-death challenges for operators of mobile phone networks. The development of digital photography does the same for makers of cameras and roll film. The Internet continues to ask testing questions of retailers and financial services firms, while low-cost airlines threaten the survival of established carriers.

Change today is prevalent in every sector in the world. Today change is happening at an ever faster rate majorly because of the increase in globalization and technological changes that are taking place. Today, all the organization are trying to work on the changing pace of technology, technological changes have not only affected the organizations but also the lives of individuals as they have a global reach, the medium of information that is available today has increased considerable. The firms today are downsizing themselves and societies and institutions are becoming decentralized.

‘I m Loving it’ a tagline known to every segment of the market, let it be kids, youngsters or elderly people. McDonalds is a global food service industry, which began its operations in the 1940’s. The concept of McDonalds was introduced by brother Dick and Maurice McDonald, by opening a ‘hamburger stall’ in San Bernardino, California. They introduced an idea of selling their food cheaper than competitors by saving on the car hops and persuading customers instead to go to a counter to order their food. This concept helped in faster turnaround of the customers. This innovation proved successful and popular among the customers.  McDonalds became pioneer in their industry by adopting the ‘Fordist’ approach to the production of hot food.  They focused on burger cooking as a production line rather than a kitchen task.  The staff of McDonalds was committed to one task at a time.  When Mr. Ray Kroc came across McDonalds brothers burger, he had never seen so many people served so quickly than those at the McDonald’s store. He was quite impressed by the speed of service that they used in catering their customers.  Kroc suggested that the McDonalds brothers to open more outlets of their stall, but they refused as they were quite busy with their own store and were not in a position to open any store further.  Kroc volunteered to run a new outlet himself, by paying them royalty for using their concept of business.  The McDonald’s brother agreed for the same and a new McDonalds retail outlet was opened, which was a franchisee by nature.

Kroc was a person with aggressive and risk taking attitude.  He realized that small things were often valued more by customers than some of other things.  He introduced a concept of Cleanliness in his store.  He termed cleanliness not only a symbol of hygiene but it also showed its customers that the business cared about details.  He started growing his business and started giving franchisee to other people.  With the help of Ted Turner, Kroc visioned that the key success of McDonald’s expansion rests on offering franchises.

The major domestic growth of McDonald’s in USA began in 1960’s, as there was a demand of cheap takeaway food.  Through the franchisee concept, McDonald’s made a move toward worldwide success.

Today the Company operates in more than 117 countries worldwide, serving more than 50 million customers per day.  The company’s retail outlets are either owned by the company or by franchisees.  The company focuses on delivering high quality and value to its customers through its services, product range and constant quality check of its products.

It was in the year 1996, when McDonalds experienced declining sales consecutively for four quarters, which continued till the year 2004.The company was losing its image and was not able to focus on providing a ‘Great American Meal’.  McDonalds was losing its grip of remaining one of the world’s favorite destinations for fast food lovers across the globe.  The company was being targeted for its low quality, and decreasing customer satisfaction and the association between obesity and McDonald’s food.  Different lawsuits were filed against McDonald’s Big Macs and Happy Meal and the consumers filed a suit against McDonalds as being a major contributor to ruining the health of Americans and people around the world.

The company started losing its market shares.  The company experienced the high time low volume in its shares in the year 2003.  The company reported its first loss of $343.8 million during the year 2003 in the first quarter since its inception in 1965. The continuous decrease in sales, loosing market share and drifting of consumers to other brands such as Burger King and Wendy’s, lead to McDonalds rethinking its strategy and worked on a turnaround plan in the year 2003 under the leadership of Jim Cantalupo.

The customers today have become more brand conscious and they prefer branded products over any other products available in the market. Customers have changed their preferences in terms of liking.  The technological advancement and increasing use of e-commerce and internet have made the consumers information oriented.  Youngsters prefer gathering information about the products and brands online rather than focusing on advertisements.  The changing lifestyle of the consumers is also one of the forces.  Consumers today look for brands who gives them the best value.

Consumers today are demanding low priced products with high quality; customers today look for quality, convenience and speed by which service is provided to them.

The company focused on restructuring and innovation and improving its operations.  With implementation of this the company was able to retrieve its position within the food industry.

McDonalds focused on Innovation, value, cost leadership, and commitment.  These are the building blocks of the company or the pillars of the company which helps in establishing itself and building a competitive position in the market.

With its collaboration with different companies, it is making a strong ground in the fast food industry. With its aggressive advertising, it is expanding its reach and painting a picture of the ideal place for kids through its slogan I’m loving it.!!