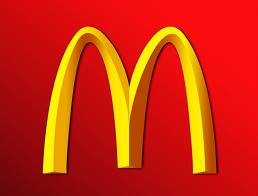 McDonald’s point of view, it’s outside of the U.S. On Friday the Oak Brook, Ill.-based fast-food purveyor joined the growing chorus of multinationals benefiting from geographic diversity.

The company’s shares closed up 2.2%, or $1.18, to $55.64 on Friday after the company announced strong international sales in January.

McDonalds sales were up 5.7% globally in restaurants that had been open at least 13 months. That broke down to a 1.9% increase in same-store sales in the U.S. in January from a flat December, compared with sales in Europe that were up 8.2%. The Golden Arches also saw increased traffic in its Asia/Pacific, Middle East and Africa stores, with sales up 7.8%.

“It’s not that there is something wrong with the U.S. numbers, it’s just a product of the environment,” said Bear Stearns analyst Joseph Buckley. “The key will be if the European economy slows and if that will impact their sales. There has been no evidence of that so far, but that becomes a bigger risk going forward.”

The international numbers trump comparable sales growth for the corresponding period in 2007 when European sales were only up by 5.8% and Asia/Pacific, Middle East and Africa units were up 4.3%.

“The U.K., Europe’s second-largest market, and formerly a drag to the region, has officially ‘turned around’ according to McDonald’s,” said JPMorgan Chase analyst Joseph Ivankoe. “By the end of fiscal-year 2008 we expect 30% of [the] U.K. system and the entire German system to have been re-imaged, providing a lift to [comparable sales] at re-imaged stores and a positive halo effect for the entire market.”

McDonald’s is in line with the current trend of foreign markets boosting sales for multinational U.S. companies that are suffering domestically, with overseas sales benefiting from strong currencies and better economic growth than seen in the domestic market..

As a world largest fast food American organization MacDonald’s always criticized by governments of different countries by people because MacDonald’s is disrupting the cultures specially according to china.

in 1990, David Morris and Helen Steel two British activists, , distributed leaflets entitled What’s wrong with McDonald’s? on the streets of London. McDonald’s wrote to Steel and Morris demanding they desist and apologize, and, when they refused, sued them for libel in a case known colloquially as the McLibel case.

In “Eric Schlosser’s book” Fast Food Nation it includes criticism on fast foods especially on MacDonald’s. Among the critiques were allegations that McDonald’s (along with other companies within the fast-food industry) that they are using their political influence to increase their profit at the expense of people’s health and the social conditions of its workers. It is also indicated in the book that MacDonald’s especially targeting children by offering happy meal. while the book did not targeted other fast food chains.

In 2002 Hindus of India successfully criticized and sewed MacDonald’s because they are misrepresenting MacDonald’s as vegetarian.

Morgan Spurlock’s 2004 documentary film Super Size Me said that McDonald’s food was contributing to the epidemic of obesity in society, and that the company was failing to provide nutritional information about its food for its customers. Six weeks after the film premiered, McDonald’s announced that was eliminating the super size option, and was creating the adult happy meal.

Anthony Bourdain criticized MacDonald’s on his show, no reservation , among other fast-food restaurants for its culinary blandness. In 1999 Jos Bov vandalized a McDonald’s in France to protest against the Soya that is fed to McDonalds chickens is supplied by agricultural giant Cargill and comes directly from Brazil. Greenpeace alleges that not only is Soya destroying the Amazon rain forest in Brazil, but Soya farmers are guilty of further crimes including slavery and the invasion of indigenous people’s lands.