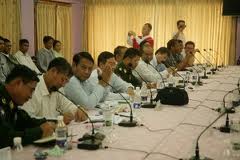 The Nature and Role of Motives

The nature of motives

Motive is an inner state that mobilizes bodily energy and directs it in selective fashion toward goals usually located in the external environment. This definition implies that motives involve two major components.

The role of motives

The role of motives is to arouse and direct the behaviour of consumers. The arousal component activates bodily energy so that it can be sued for mental and physical activity. In their directive role, motives have several important functions for guiding behaviour. They are:

Since the early 1900s many thousands of motive concepts have been suggested to account for the great diversi8ty of human behaviour. The need to group so many suggestions into a more manageable set of general categories soon became apparent. A variety of classification schemes ranging from the simplified to the complex have been proposed.

A number of classification methods are simplified so that they group motives on the basis of one unique characteristic of interest. Several of particular relevance to understanding consumers are highlighted as follows.

Although the above distinctions provide useful perspective, they are limited because only one characteristic serves as the basis of classification.  A more comprehensive method using four two-pole motive tendencies has been suggested by McGuire. The relevant distinctions are cognitive/ affective (mental deliberation versus emotional reactions), preservation/ growth (maintenance of equilibrium versus self-development), active/passive (self-initiated action versus reactive tendencies) and internal/ external (achievement of new internal states versus new relationships with environment). These four means of classification are not intended to be mutually exclusive. In fact, when used together they provide an interesting basis for appreciating sixteen major motivational influences on consumer behaviour.

Motives do not act on consumers in an arbitrary manner. They fit together in a unified pattern. This suggests the existence of a priority scheme or structuring mechanism. The structuring of motives also provides a central theme or organization for the consistence of influence over time.

The concept of a hierarchy underlines many schemes offered to explain the structuring of motive influences. The most influential motive is seen as enjoying the most dominant position in the hierarchy; the second most influential holds the second most dominant position and so on through the entire list. To be useful, the hierarchy concept must also help explain what factors influence the relative ordering of motives.

Maslow’s hierarchy perhaps the most widely known hierarchy was proposed by A. H. Maslow. His schemes classified motives into five groupings and suggested the degree to which each would influence behaviour. Maslow proposed that motives could be classified into five basic categories: physiological, safety, belongingness and love, esteem and self-actualization. He also suggested that these groupings are arranged in ascending order with physiological motives occupying the first position on the hierarchy and self-actualization occupying the last step.

It is convenient to discuss motives separately, as if they influence consumers independently and one at a time. Actually, they often interact, leading to a combined influence or to situations in which they conflict and exert opposing influences on behaviour.

Because motives can differ in how specific they are, it is possible for a linking to occur at various levels of generality. Therefore, achievement of a specific motive can be a means of approaching a more general motive which is viewed as the goal.

It is very important to realize that a given product can satisfy various motives at the same approximate level of specific influence. This results in the bundling or combining of influences on consumers’ decisions.

Motives can also conflict with each other to affect how consumers interact with the marketplace. A major contributor to the topic of motive conflict is Kurt Lewin. He viewed motives as influencing the attracting or repelling forces of goals in the individual’s environment.

In Lewin’s view, conflict is most likely when motives are of approximately equal strength. Three principal cases are possible: approach-approach, avoidance-avoidance and approach-avoidance conflict. Actually, these terms refer to psychological tendencies for attraction or repulsion, not necessarily actual physical movement.

The concept of motivation research has been offered as a means of identifying consumers’ true, underlying purchase motives. The term is typically not used to describe just any type of research on motivational issues. It refers to certain research techniques and to some extent ways of interpreting information about motivation generated by these techniques. Briefly stated, the methods involve disguised and indirect techniques in an attempt to probe consumers’ inner motives without arousing defense mechanisms which can generate misleading results.