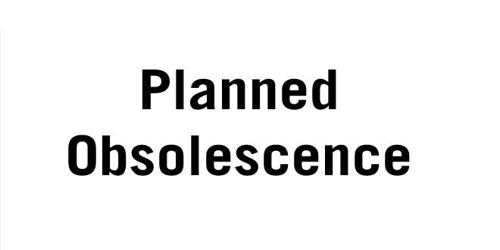 Planned obsolescence is a method of stimulating consumer demand by designing products that wear out or become outmoded after limited use. It describes a strategy of deliberately ensuring that the current version of a given product will become out of date or useless within a known time period. It is a policy of planning or designing a product with an artificially limited useful life so that it becomes obsolete (i.e., unfashionable, or no longer functional) after a certain period of time. This proactive move guarantees that consumers will seek replacements in the future, thus bolstering demand. The rationale behind this strategy is to generate long-term sales volume by reducing the time between repeat purchases. It is the deliberate shortening of a lifespan of a product to force consumers to purchase replacements.

Planned obsolescence is the calculated act of making sure the existing version of a product will become dated or useless within a given time frame. Producers that pursue this strategy believe that the additional sales revenue it creates more than offsets the additional costs of research and development, and offsets the opportunity costs of repurposing an existing product line. In a competitive industry, this is a risky policy, because consumers may decide to buy from competitors instead if they notice the strategy. 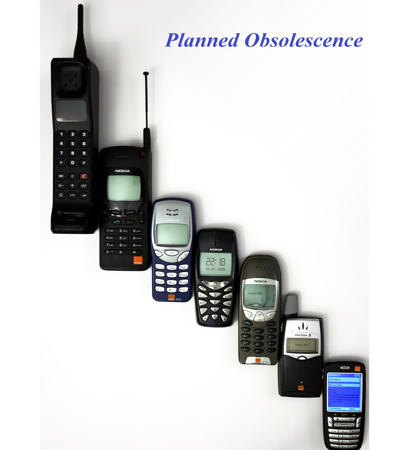 Planned obsolescence can be achieved in many ways, including:

Obsolescence can be achieved through introducing a superior replacement model, or by intentionally designing a product to cease proper function within a specific window. Planned obsolescence tends to work best when a producer has at least an oligopoly. Before introducing planned obsolescence, the producer has to know that the consumer is at least somewhat likely to buy a replacement from them. It is a business strategy in which the obsolescence of a product is planned and built into it from its conception, by the manufacturer. In these cases of planned obsolescence, there is an information asymmetry between the producer, who knows how long the product was designed to last, and the consumer, who does not.

Planned obsolescence means manufacturers deliberately designing products to fail prematurely or become out-of-date, often to sell another product or an upgrade – a practice that is barred in some countries. When a market becomes more competitive, product lifespans tend to increase. Some manufacturers also restrict consumers’ ability to repair their products – by using digital locks or copyrighted software, using incompatible screws or gluing components together, or by refusing to share their repair manuals. For example, when Japanese vehicles with longer lifespans entered the American market in the 1960s and 1970s, American carmakers were forced to respond by building more durable products.