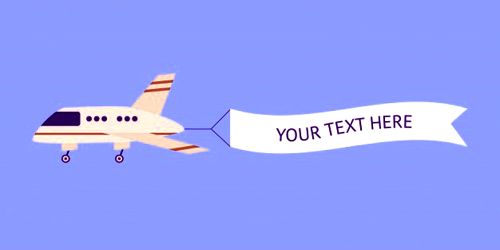 Sky advertisement means an advertisement that is displayed on, or erected on or above, the parapet or eaves of a building. It is a marketing strategy in which an aircraft is enlisted to create or display messaging for an organization. While most would think of aerial banners as the sole form of aerial advertising, the messaging could actually incorporate a wide variety of tools such as blimps, drones, skywriting, or flogos and take on static or dynamic messaging. 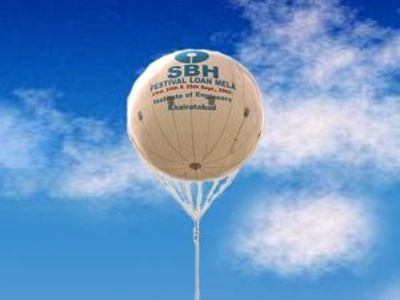 Perhaps one of the most well-known forms of aerial advertising is the use of blimps, inflatable low flying airships, to advertise a logo over a large crowd of people. Blimps are eye-catching and often appeal to marketers due to the higher rate of recall compared to other forms of advertising.

Another form of Sky advertising is skywriting, in which an aircraft uses smoke trails to write a message in the sky. This form of aerial advertising can be subject to weather conditions and is most effective on cool, humid, windless, clear days.