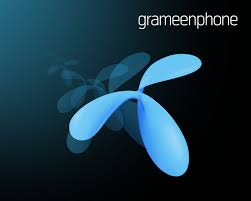 Grameen Phone is the largest telecommunication service provider in the particular market. They started their internet service facility since long. They initially started with the GPRS system and then they established the EDGE system which is faster than the previous one. Although the two systems are working simultaneously the service gained by the customer is depend on his/her mobile phone or the modem. Sometimes it depends on the network coverage. Meanwhile, there are other five service providers in this market. So, it is a very competitive market where Aktel and Citycell are aggressively advertising their Internet service.

This research is intended to determine what factors are considered by the customers to use Grameen Phone internet service. And find out the dependency of the factors on customer satisfaction.

In this research I have tried to use the market information and also the research analysis by having the survey.

1. Analysis of the Problem

To identify what factor is important for usage of Grameen Phone (GP) Internet.

Identify of the effectiveness of every factors to each other.

2. Approaches to the Problem

The research has been started with some secondary data available in the market. Then an exploratory type research has been conducted to identify the problem which includes qualitative investigation among the Internet User of the Grameen Phone (GP). Some of the factors have been pointed out which may influence to be satisfied on the job. These are mainly Speed, Internet Service Charge, Promotional Offers, Customer Care, TV Commercials, Network Coverage, Connectivity, off time Service Charge, EDGE Service vs. GPRS Service etc.

By considering all of this issue the researcher tried to learn the following things:

Who are the Users of the Grameen Phone?

What are the factors involved for the usage of Grameen Phone Internet Service?

Why the customers use the Internet Service?

When to use the Internet Service?

Where to use the Internet Service?

What are the ways to use the Internet Service?

Based on the above I have designed the research, collect the data and analysis accordingly.

To measure the contribution of the problem for this case a descriptive research design has been considered.

There was a small available data in the market, so, primary data is required for this research. The data was mainly related to the Internet Service User of Grameen Phone.

Survey method is the research method. Structured questionnaire has been prepared with some limited explicit alternatives.

The questionnaire has been asked during the leisure period when they feel little free on their job and feel free to express their idea. I have questioned to the respondent based on the questionnaire format and not use the ambiguous words.

Various methods of data analysis can be used for my research study like ANOVA, Multiple Regression Analysis, and Discriminant Analysis etc. Since the research includes relationships among some variables, multiple regression analysis is chosen. ANOVA is also necessary. The significance of the variables and their importance are needed to be analyzed. Bearing these in mind, I carry out a discriminant analysis. Detailed theoretical backgrounds and descriptions of these techniques are given below.

Following is an example of such equation:

In brief, the hypotheses test according to multiple regression analysis can be stated as

The tables resulting from discriminant analysis include the within mean correlation tables, ANOVA tables, test of significance tables, structured metric tables, standardized canonical discriminant coefficient tables etc.  There are some values based on which the analysis is done. Among these values, most important ones are Wilks’ lambda, F ratio, Standardized Canonical Discriminant function coefficient etc.  Wilks’ Lambda gives the categorization capability of the variables while F ratio gives the significance of the variables and standardized canonical discriminant function coefficient gives the relative importance of each of the factors.

To analyze I put the data collected from my fieldwork into the SPSS. Before input I declared the variables in the variable view window. Then I put the data in the data window and clicked on the analyze tab for analysis. For regression analysis I used the linear regression analysis tab and for discriminant analysis I used the discriminant analysis tab. Two output windows Ire found immediately. I analyzed these outputs and contents of these windows are given as my results in the following sections.

Following table is found from the regression analysis

Following table is the summary of the multiple regression analysis from which the relationship is analyzed.

As it mentioned earlier in the data analysis section that the above coefficients indicated the relationships among the variables. Following equation can be drawn from this table

According to this regression analysis the rating for the independent variables can be made as mentioned in the following table:

Effects of independent variables on usage of GP int. and their corresponding importance (Multiple Regression Analysis)

For the analysis of discrimination among the groups I selected the Wilks’ Lambda Coefficient, F ratio and Standardized Canonical Discriminant Function Coefficients. There are other measures based on which the analysis can be done. But due to the simplicity of the project, these analyses are more than enough. The main part of the analysis can be given in a tabular form as follows:

Analysis made on Wilks’ Lambda

After analyzing the results on both regression analysis and discriminant analysis perspective, the following recommendations can be made

Doing a research of such proportions may have resulted in errors to take place. Much potential error is systematic, the error that results from bias, while the remainder is random. This research paper takes into account these cases of errors. Major sources of error have been identified as follows:

Apart from the errors, there are some systematic constraints which can be treated as the limitation of the study. Some of them are given below-

Listed below are different opinions about Grameen Phone (GP) Internet Service. Please rate how strongly you agree or disagree with each of the following statements by placing a check (√) mark.