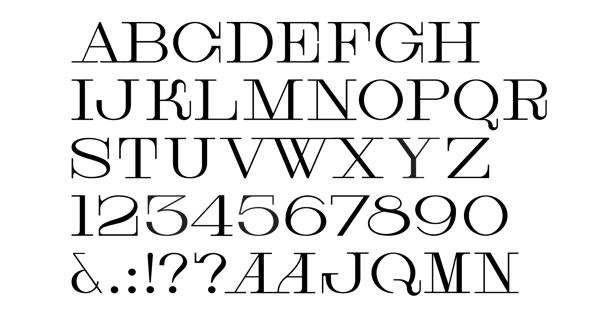 A typeface is a set of characters of the same design. Typefaces come in several sizes and usually in several fonts (bold, italic, etc.). These characters include letters, numbers, punctuation marks, and symbols. Courier and Prestige Elite are fixed typefaces and hence they cannot accommodate more letters. The term is often confused with “font,” which is a specific size and style of a typeface. For example, Verdana is a typeface, while Verdana 10 pt bold is a font. It’s a small difference but is good to know.

“The term “typeface” is often confused with “font,” which is a specific size and style of a typeface. Some popular typefaces include Arial, Helvetica, Times, and Verdana.”

The typeface represents one aspect of a font. The font also includes such characteristics as size, weight, italics, and so on. Some popular typefaces include Arial, Helvetica, Times, and Verdana. While most computers come with a few dozen typefaces installed, there are thousands of typefaces available. 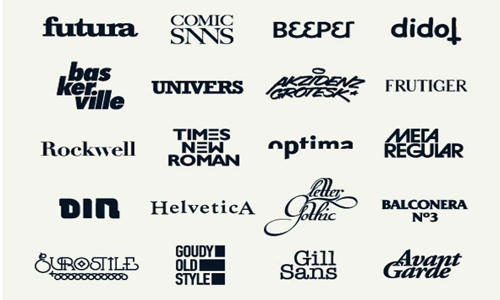 Famous typefaces get their own logos

There are two general categories of typefaces: serif and sans serif. Sans serif typefaces are composed of simple lines, whereas serif typefaces use small decorative marks to embellish characters and make them easier to read. Helvetica is a sans serif type and Times Roman is a serif type. Those with small projecting features are known as serifs. Examples include Times New Roman, Garamond, and Bookman Old Style. Fonts that lack these small projecting features are called sans serif. Arial, Helvetica, and Verdana are the most common. They’re usually used online, but are becoming increasingly acceptable in printed materials. Being proportional Time Romans, Palatino, Helvetica, and Arial Typefaces accommodate more letters.