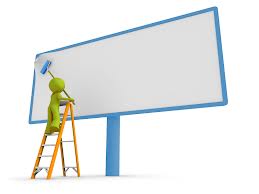 It is a mass communication of information intended to persuade buyer to buy product with a view of maximizing a company’s profits. The elements are.

For many firms advertising is the dominant element of the promotional mix – particulars for those manufacturers who produce convenience goods such as detergent, non – prescription drugs, cosmetics, soft drinks and grocery products. Advertising is also used extensively by maters of automobiles, home appliances, etc, to introduce new product and new product features its uses its attributes, pt availability etc.

Advertising can also help to convince potential buyers that a firm’s product or service is superior to competitor’s product in make in quality, in price etc. it can create brand image and reduce the likelihood of brand switching even when competitors lower their prices or offer some attractive incentives.

Advertising is particularly effective in certain other spheres too such as:

It performance the following functions:

The main purpose of such advertising is to inform and stimulate the market about the advertiser’s products of services and to sell these. Thus types of advertising usually promote specific, trended products in such a manner as to make the brands seam more desirable. It is used by business government organization and private non-business organizations to promote the uses features, images and benefits of their services and products. Product advertising is sub-divided into direct action and indirect action advertising, Direct action product advertising wages the buyer to take action at once, ice he seeks a quick response to the advertisement which may be to order the product by mail, or mailing a coupon, or he may promptly purchase in a retail store in response to prince reduction during clearance sale.

It is designed to create a proper attitude towards the sellers to build company image or goodwill rather than to sell specific product or service. Its purpose is to create a frame of mind and to implant feeling favorable to the advertisers company. Its assignment is to make friends for the institution or organization.

i)  In patronage institutional advertising the manufacturer tells his prospects and customer about himself his policies and lives personnel. The appeals to the patronage motivation of buyers. If successful, he convinces buyers that his operation entitles him to the money spent by them.

ii) Public relations institutional advertising is used to create a favorable image of the firm among employees, stock-holders or the general public.

The other types are as follows:

The functions of advertisement, and that purpose its ethics, may be discussion below:

WHY & WHEN TO ADVERTISE

Advertising as a tool to marketing not only reaches those who buy, but also those whose opinions or authority is counted for example a manufacturer of marble tiles and building boards advertises not only to people who intend to build houses but also to architect and engineers. While the manufacturers of pharmaceuticals products advertise to doctors as well as to the general public. At time it is necessary for a manufacturer or a concern to advertise things which it does not sell but which when sold stimulates the sales of its own product. There are concerns like electric heaters, iron etc. because the use of these increases the demand for their products.

Advertising should be used only when it promises to bring good result more economically and efficiently as compared to other means of selling. There are goods for which much time and efforts are required in creating a demand by sending salesman to prospective buyers than by simply advertising them. In the early days of the cash register in America it was sold by specially trained salesman who called on the prospective users and had the difficult task of convincing them that they could no longer carry on with the old methods, and that they urgently needed a cash register. In our country certain publishers have found it less costly to sell their books by sending salesman from house to house among prospective buyers than to advertise them. In these two examples the cost of creating demand would be too high if attempted by advertising alone under such circumstances advertising is used to make the salesman acceptable to the people they call upon to increase the confidence of the public in the house. Naturals when there are good profits competitors will be attracted and they should be kicked out as and when sufficient capital is available by advertising on a large scale. Immediate result may not justify the increased expenditure but it will no doubt secure future sales.

Advertising is an organized series of advertising messages. It has been defined as “a planned, co-ordinate series of promotional efforts built around a central theme and designed to reach specified goals.” In other words, it is an orderly planned effort consisting of related but self – contained and independent advertisements. The campaign may appear in one more media. It has single theme or keynote idea and a single objective or goal. Thus, “a unified theme of content provides psychological continuity throughout the campaign while visual and oral similarity provides physical continuity. In short run, all campaign want pre-determined psychological reaction in the long run, practically all campaigns have sales goal. The series of advertisements used in the campaign must be integrated with the sales promotional efforts and with the activities of the sales force. Campaigns vary in length some may run only for a few days, other for weeks, yet other for a season or the entire year. Usually a range of 3 to 6 months includes many campaigns. Many factors influences campaign length such as competitors advertising media, policies, and seasonal falls curves of the product involved the size of the advertising funds, campaign objectives and the nature of the advertisers marketing programmed.

The advertising campaign, especially those connected with the consumers aims at achieving these objectives:

The institutional advertising campaigns on the other hand, have these objectives.

Developing the campaign programmers. The advertising campaigns are prepared by the advertising agencies, which work on behalf of their clients who manufacture product or service enterprises, which have services to sell. The word campaign is used because advertising agencies approach their task with a sum Blanca of military fanfare in which one frequently hears words like target audience logistics, zero in and tactics and strategy etc.

The account executive co-ordinates the work in a campaign. The creation of an advertising campaign starts with an exploration of consumer’s habits and psychology in relation to the product. This requires the services of statistical trained in survey techniques and of others trained in social psychology. Statisticians select samples for survey which are done by trained interviewers who visits individuals, included in the sample and ask question to find out about their taste and habits. This enquiry often leads to a change in a familiar product. For instance bathing soap may come in several new colors or cigarette in a new packet or talcum powder in another size.

Such interviews are often quite essential to find out the appeal of advertising message for a product that would be most effective with consumers.

After getting the data the account executive puts together the essential elements of his clients brief, interprets the research findings and draws up what he calls the “advertising strategy”.

Several steps are required to develop an advertising campaign the number of stages and exact order in which they are carried out may vary according to organizations resources, the nature of its product and the types of audiences to be reached. The major stages/steps are:

Under this step it is to decided as to whom is the firm trying to reach with  the message. The advertising target is the group of people towards which advertisements are aimed at four this purpose complete information about the market target i.e. the location and geographical location of the people, the distribution of age, income, sex, educational level, and consumers attitudes regarding purchase and use both of the advertising product and competing products is needed with better knowledge of market target, effective advertising campaign can be developed on the other hand, if the advertising target is not properly identified and analyzed the campaign is does likely to be effective.

The objectives of advertisement must be specifically and clearly defined in measurable terms such as “to communicate specific qualities about a particulars product to gain a certain degree of penetration in a definite audience of a given size during a given period of time”, increase sales by a certain percentage or increase the firm’s market shares.” The goals of advertising may be to:

i) Create a favorable company image by acquainting the public with the services offered available to the employees and its achievements.

iv)  It secures action by the reader through associating ideas, repetition of the same name in different contexts, immediate action appeal.

Media selection is an important since it costs time space and money various factors influence this selection, the most fundamental being the nature of the target market segment, the type of the product and the cost involved. The distinctive characteristics of various media are also important. Therefore management should focus its attention on media compatibility with advertising objectives.