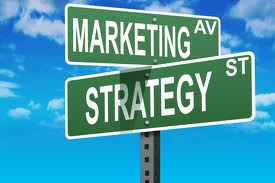 What is the Marketing Strategy of Igloo

No one business is large or powerful enough to create major change in the external environment. These factors are generally uncontrollable, thus market managers are basically adapters rather than agents of change. So it is vital for Igloo to take these factors into consideration in every step of their decision -making process and day-to-day activities.

Igloo’s task environment consists of those micro groups in the environment such as suppliers, distributors, customers and competitors. These are interrelated groups that influence managers on a daily basis.

Suppliers of Igloo provides for items ranging simple nuts coatings, and other basic raw materials to high tech ice cream processing machines. Almost all ingredients are supplied by foreign suppliers. The main ingredients such as milk powder, nuts, chocolates, sticks, tetra packs, various essences and flavors are imported from Australia, New Zealand, UAE and Dubai. Machines are imported from Denmark, Italy and Switzerland. An important note on suppliers is made here by the Igloo’s Marketing Manager. According to him, local suppliers are far less reliable than foreign suppliers both in terms of quality of goods and the kind of services they provide. Foreign suppliers are more reliable, professional and devoted to commitments. Such is its faith on foreign suppliers that Igloo imports all items though it is time consuming and there are costly import related formalities.

“Reaching our target consumers in the most efficient and effective way by becoming benchmark supplier in the ice cream industry, within strategic channels in every market place where we do business.”

The main function of the distribution unit of Igloo is to create a sequence of effective network so that an important strategic edge over competing channels are created and ensure a continuous flow of its products to the ultimate consumers – target market. The activation of the distribution channels proceeds from their factory at Shampur in Dhaka and ends at the retail outlets stretched all over the country with a long fleet of refrigerated vans.

Direct Distribution System uses Freezer On Wheeler (FOW) to distribute the products to the different operational centers. FOW consists of large refrigerated vans with temperature under –200 centigrade and strict regularity is maintained to ensure proper temperature levels so as not to cause any deterioration in the quality of ice cream.  DDS is applicable mainly for city areas, and roads where one can easily access the retail shops by means of FOW.  The DDS network is spread over six regions of the country. In Dhaka, Gulshan, Banani, Dhanmondi, Uttara, Baily Road, Mirpur Road, and some areas of Mohammadpur falls under the DDS network. In these areas FOW supplies the retailers with the required lot.  Each retail shop has their own Dealer Record Cards  (DRC) through which they are graded as A plus, B plus, C plus retailers and through which they assess whether to provide cash discounts, volume incentives scheme or some other means of discounts. Moreover, Igloo provides retail shops with attractive deep freezers containing logo of different ice cream so as to ensure proper storage and display of the products.   Chittagong covers south and southwest parts of the country and due to its status as national’s business capital, Igloo puts high emphasis in distributing its products to some of the retail outlets through DDS.  In Rajshahi, Barishal, Khulna, Comilla, Chittagong, Igloo uses the DDS system only just to take its products to the different depot of the regions where Igloo has their warehouse. Every sales officers of the warehouse covers a number of areas, distribute the goods themselves to the distributors. Distributors are given a 5% commission as sales incentives to take the goods to the shop on behalf of Igloo.

Igloo also operates through the trolleys popularly known as tun tuni vans, which uses RDS for extending its reach to consumers at the furthest points. The trolleys are operated near schools, alleys, parks etc. and play rhythmic music to attract the consumers. These are very colorfully decorated with Igloo umbrella and the pullers wear specific uniforms. Igloo is the first to introduce and operate these trolleys in Bangladesh for any Fast Moving Consumer Goods (FMCG).  Igloo has ninety- five trolleys. Moreover trolleys are used for places where FOW is unable to operate. Within Dhaka, Igloo provides RDS facilities in OldTown, Zikatola, Badda, Nakhalpara, Khilgaon, and some areas of Mohammadpur and Uttara. In OldTown they have nine RDS points.  RDS is also used in Khulna, Rajshahi and in some other areas where DDS cannot enter.

In Sylhet, a self-created concept known as Super Distribution System (SDS) is put into practice. In this system, the super distributor holds the title of the product and is given the sole responsibility of selling only Igloo’s products. Super distributors are given a 7% commission and they distribute products to retailer and wholesalers on their own accord.

Being the major source of survival and profit, customers form the most important component for an organization like Igloo.  Igloo considers customers as being their life-blood of survival and is taking the maximum innovative efforts that can be utilized for utmost customer’s satisfaction.  Customers here can be segmented to family, kids, teenagers of high end, mid end and low end of the market. Changes in the number and type of customers’ results in a dimension of opportunities and threats. Igloo operating in such ever-changing world of tastes and preference pays heed to customers’ choices and their attitudes. They, very keenly take on customers’ advice, try and amend as well as add new dimension to their business in order to ensure survival in this highly competitive industry.

One of the most important forces that always keep an organization on guard is its competitors. Competitors are organizations that produce similar goods. In the context of Igloo, Polar, Kwality, Savoy, Milk Vita and others can be held as competitors. In terms of their parlors Moven-pick, Baskin Robbins, and Club Geleto are their competitors. But surprisingly, the marketing management of Igloo views these local brands as mere participants in the same industry rather than as competitors

Economic forces are of concern to businesses involves producing goods and services that people want and pay for, as because the economy is an Indicator of the general health and well being of a nation. Igloo takes into account various economic factors, preferably the rates of inflation, the exchange rate and level of income. The prime reason for such is to have a control over its allocated budget for domestic and imported raw materials, but most importantly alertness of economic variables are necessary to determine Igloo’s pricing strategy so that all segments of the population can afford to buy their products.

One of the most pervasive factors in the environment, the  impact of technology is seen as the combination of skills and equipment’s that marketers use in their day-to-day operations. In Igloo, use of technology can be seen in terms of the automated cone baking machines, chocolate making machines, injected deep freezers, milk processing machines and others. These innovate machines are able to produce ice creams at a faster rate while not undergoing any sacrifice in the level of quality, and thus their warehouse has capacities in thousand liters.

The socio cultural environment is made of institutions and other forces that affect social values, perceptions, preferences and behavior. In the context of a predominantly Muslim country like Bangladesh, Igloo has customized its services according to the country’s culture. While the producing ice cream, Igloo puts strong emphasis in seeing that no ‘haram’ ingredients are used.

The demographic forces are of interest to marketing managers because it involves people and people make up the markets. Demography shows the populations inclinations towards certain social structure and the increase or decrease in certain age groups .For Igloo demographic factors are of advantage if it shows an increase in the number children and teenage population (the most lucrative segment for the ice cream industry).

The formation, maintenance and survival of any organization is dependent on the stability of a country’s political and legal system.  A comprehensive analysis of the political and legal factors by Igloo helps in ensuring stability in terms of its operations.  The legal consideration lies in the awareness of various laws regarding import of raw materials and the like.

in Bangladesh, Igloo has firmly incorporated its credibility and is far ahead of its other counterparts in terms of creating values and availability of a wide range of exclusive items and flavors. In terms of globalization, Igloo has already gone for international expansion with its focus mainly concentrating now in Calcutta and North Eastern states of India. However, Calcutta now being the prime target has fifteen branded companies namely Walt, The Big Ones, and Metro Dairy and so on which Igloo now considers as its prime global competitors. It is therefore trying to create a solid base in the international arena through brand loyalty, acquiring huge finance and making its business and its resources parallel and adaptable to survive in ardently competitive international market.