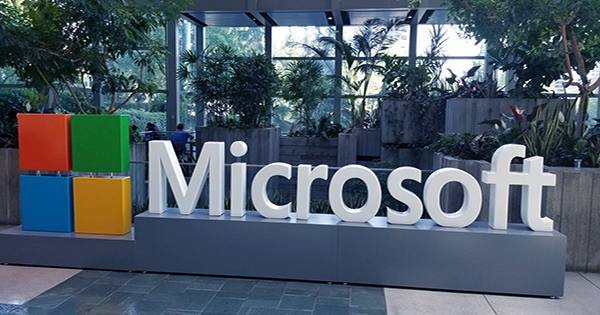 A powerful ally a massive — and increasing — demand for digital products and services is fueling a worldwide startup investment boom. It turns out that the same tailwinds that help smaller IT firms also help the big boys. You would be excused for having low hopes for other Big Tech corporations after Snap’s disappointing Q4 growth estimate and Facebook’s sales shortfall.

However, today, both Microsoft and Alphabet — Google’s parent firm — obliterated revenue projections, rebuking what could have been seen as a developing narrative.

The growth of Microsoft’s public cloud company, Azure, is the crucial statistic from the blizzard of measurements. On a year-over-year basis, that income stream increased by 50%, or by 48% in constant currency terms. Simply said, currency swings gave Azure a little boost, increasing its growth rate by a smidgeon. Regardless of that complexity, Azure growth has remained around 50% for some years, implying that the product is adding significant revenue to Microsoft’s overall top line.

Other figures that struck out in our review of Microsoft’s results were revenue growth of 40% year over year in search and news advertising. That amount has been modified to eliminate traffic acquisition expenditures, which is something Alphabet does as well and is a quite reasonable adjustment. In less encouraging news, Surface revenue dropped 17%, however with new hardware on the horizon, this might be about to change.

When it comes to subscriptions, Microsoft’s view is a bit skewed. On a year-over-year basis, business sales for Office 365 increased by 23%, while consumer revenues for the same product line increased by just 10%. Finally, LinkedIns income increased by 42 percent which is impressive for a Microsoft tuck-in.