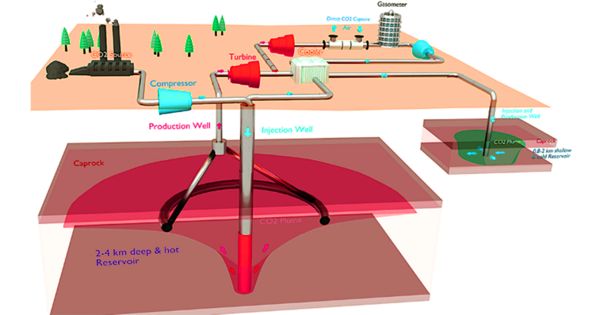 As global energy demand rises in tandem with atmospheric carbon dioxide (CO2) levels, there has been a significant push to adopt more sustainable and carbon-neutral energy sources. Solar/wind power and CO2 capture – the process of capturing waste CO2 so that it is not released into the atmosphere – are two promising decarbonization pathways, but both have significant drawbacks.

Solar and wind energy are intermittent and cannot be used everywhere; CO2 capture processes are extremely energy-intensive. Both of these paths have advantages, but neither is a viable strategy on its own at the moment. However, a research team led by Dr. Faruque Hasan, Kim Tompkins McDivitt ’88 and Phillip McDivitt ’87 Faculty Fellow and associate professor in Texas A&M University’s Artie McFerrin Department of Chemical Engineering, has discovered a way to combine both of these processes to increase their efficiency.

Hasan’s research is heavily focused on synergy and synergistic effects in complex systems. Synergy is defined as the combined effect of two or more organizations, substances, or other agents that is greater than the sum of their individual effects. Hasan investigated the synergistic integration of renewables and flexible carbon capture with individual fossil power plants to this end.

Solar/wind power and CO2 capture – the process of capturing waste CO2 so it is not introduced into the atmosphere – are two promising pathways for decarbonization, but both have significant drawbacks.

“We are addressing three issues, each with advantages and disadvantages: fossil fuels are cheap, but they emit a lot of CO2; CO2 capture is very beneficial for the environment, but it is prohibitively expensive; and renewable energy sources, such as wind or solar power, are good for the environment, but the energy output is intermittent and variable,” Hasan explained.

“Despite the growing interest in sustainable renewable energy sources, their intermittent availability would make it difficult to completely replace the dispatchable fossil-based energy generators in the near future,” said Zantye, who is the first author of the paper.

CO2 capture is a high-energy process. Normally, this process occurs concurrently with standard energy generation at power plants. Because energy is typically priced based on demand, using CO2 capture processes during peak energy demand can quickly drive up operational costs to unsustainable levels. Hasan discovered in this study that using a flexible CO2 capture system can greatly offset operational costs.

CO2 is typically captured in a large solvent tank and removed in an energy-intensive process. Rather than removing the CO2 as it enters the solvent, a flexible system can store it for short periods of time and remove it at non-peak times when the cost of power is lower. Furthermore, incorporating a renewable energy source reduces the cost of CO2 capture even further.

Concerns about carbon dioxide (CO2) emissions contributing to possible global warming arose as electricity demand increased, with supply relying primarily on fossil fuels plus some hydropower and then nuclear energy. The focus shifted once more to the vast sources of energy that swirl around us in nature – the sun, wind, and seas, in particular. The magnitude of these was never in doubt; the challenge was always in harnessing them in order to meet demand.

According to Hasan, the research’s synergistic framework can significantly improve the system beyond its component parts. “We’ve created a computational framework to use dynamic operational schedules to manage all of these very complex decisions,” he explained. “It is critical to developing carbon capture technology, but it is also critical to integrate it. Integration’s operational aspect is critical. Our research shows that this can be accomplished in such a way that renewables, fossil fuels, and carbon capture all work in tandem.”

The proposed framework, according to Zantye, provides an effective decarbonization mechanism for the current fossil-dominated energy landscape as we transition to a more fully sustainable future. The Department of Energy is funding some of this research.