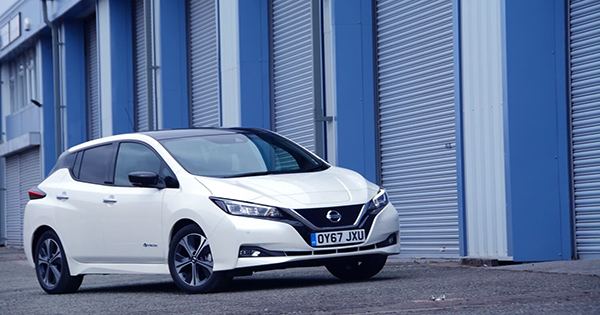 Nissan to Invest $17.6 Billion in EV Development over the Next Five Years

Nissan said that it would spend 2 trillion yen ($17.6 billion) over the next five years researching new electric vehicles and battery technologies as part of a big strategy dubbed “Ambition 2030.” By 2030, it plans to deliver 15 new electric cars, with electrified vehicles accounting for half of its vehicle lineup. Over the next eight years, the carmaker plans to build 23 electric cars, with 20 of those arriving in the next five years alone. By 2030, it hopes to have a market mix of 75% electrified (EV and e-Power PHEV/hybrids) in Europe, 55% in Japan, and 40% in the US and China.

Internal combustion engine (ICE) cars would probably make up the rest of the mix. It is worth remembering that Nissan said in early 2021 that by the early 2030s, it aimed to electrify every all-new car it launches, Any ICE automobiles that are still available are likely to be legacy models.

Nissan plans to release electric vehicles using all-solid-state batteries (ASSB) by 2028 and open a pilot facility in Yokohama as early as 2024, according to the company. That technology offers benefits such as faster charging times, but it has yet to reach the market.

By 2028, the business intends to decrease the cost of battery packs down to $75 per kWh, with a further drop to $65 per kWh in the future. According to Bloomberg, that would be around half of what EV batteries cost last year. Nissan aims to produce 130 GWh of batteries by 2030.

By 2026, Nissan and Infiniti vehicles will be equipped with ProPilot driver assistance technology, according to the firm. By the fiscal year 2030, it plans to include next-generation LIDAR technology “on practically every new vehicle.”

Nissan also introduced four concept automobiles as part of Ambition 2030: the Chill-Out, Surf-Out, Hangout, and Max-Out. They were designed to provide a taste of Nissan’s future technologies, including self-driving, interior amenities, and merely outlandish looks, like most concepts. Nissan, on the other hand, has only revealed photographs of the Chill-Out as an actual car, while renderings of the other three vehicles have been presented.

The Chill-Out (top and above) is a compact crossover that might be an early glimpse of Nissan’s next-generation Leaf, which will switch from a hatchback to a crossover body. It will be built on Ariya’s CMF-EV platform and include the e-4orce electric all-wheel-drive system, and it is expected to be ready by 2025.

Meanwhile, the Surf-Out is a compact electric single cab pickup with a good-sized bed and a retractable canopy. It would be equipped with a dual-motor AWD system and a range of power outputs, providing off-road capability, utility power, and increased luggage space. The Hangout, on the other hand, is more akin to a tiny camper van/SUV meant to “offer a new manner of spending time on the road.” It includes a very flat floor and adjustable, theater-style seating, allowing it to provide “the comfort of your living room in a transportable area,” as seen in other contemporary EV designs. It also has powerful ProPilot and e-4orce capabilities.

Finally, the Max-Out is a concept convertible sports vehicle with “superlative stability and comfort,” according to the designers. To improve handling and occupant comfort, body roll is reduced to provide “dynamic cornering and steering responsiveness.” It has been said to be light and has a low center of gravity, as well as superior e-4orce. Nissan’s new strategy comes as the business struggles with internal issues, including former CEO Carlos Ghosn’s arrest and subsequent escape. As part of its “Nissan Next” strategy, which launched last year, the business wants to decrease fixed expenses by 300 billion yen ($2.65 billion) and reduce manufacturing capacity by 20% in the short term.