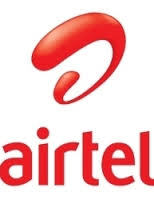 Bharti Group
Founded in 1976, by Sunil Bharti Mittal, Bharti has grown from being a manufacturer of bicycle parts to one of the largest and most respected business groups in India. With its entrepreneurial spirit and passion to undertake business projects that are transformational in nature, Bharti has created world-class businesses in telecom, financial services, retail, and foods.

Bharti started its telecom services business by launching mobile services in Delhi (India) in 1995. Since then there has been no looking back and Bharti Airtel, the group’s’ flagship company, has emerged as one of the top telecom companies in the world and is amongst the top five wireless operators in the world.

Over the past few years, the group has diversified into emerging business areas in the fast expanding Indian economy. With a vision to build India’s finest conglomerate by 2020 the group has forayed into the retail sector by opening retail stores in multiple formats – small and medium – as well establishing large scale cash & carry stores to serve institutional customers and other retailers. The group offers a complete portfolio of financial services – life insurance, general insurance and asset management – to customers across India. Bharti also serves customers through its fresh and processed foods business. The group has growing interests in other areas such as telecom software, real estate, training and capacity building, and distribution of telecom/IT products.

What sets Bharti apart from the rest is its ability to forge strong partnerships. Over the years some of biggest names in international business have partnered Bharti. Currently, Singtel, IBM, Ericsson, Nokia Siemens and Alcatel-Lucent are key partners in telecom. Walmart is Bharti’s partner for its cash & carry venture. Axa Group is the partner for the financial services business and Del Monte Pacific for the processed foods division.

Chronological account
December 2005: Warid Telecom International LLC paid US$ 50 million to obtain a GSM license from the BTRC and became the sixth mobile phone operator in Bangladesh.
August 17, 2006: In a press conference, Warid announced that its network would be activated two months ahead of schedule, in October, 2006.
October, 2006: Again, Warid Telecom put off the launch of its cell phone services in Bangladesh until April, 2007 after its major supplier Nokia walked out on an agreement over a payment dispute.[5]
January 2007: Warid had a soft launch at the end of January 2007. It gave away complimentary subscriptions among a selected group of individuals, whose job was to make ‘test calls’ and the operator adjusted its network’s quality based on their comments.
May 9, 2007: Warid in an advertisement in some daily newspaper stated that it would be launching publicly on May 10, 2007. However, neither call rate nor any package details were revealed. The advertisement included an announcement for the people interested to buy Warid connections to bring the documents like ID card, etc, to the designated franchise and customer care centers.
October 1, 2007: Warid Telecom expanded its network to five more districts raising total number of districts under Warid coverage to 56, said a press release. Mymensingh, Jamalpur, Sherpur, Rajbari and Narail towns were covered by Warid network.
November 10, 2007: 61 districts under Warid network coverage.
June 10, 2008: Warid Telecom expanded its network to 3 more districts Bandarban, Khagrachhari and Rangamati. Now all 64 districts of Bangladesh are under Warid network coverage meaning Warid Telecom now has nationwide coverage.
December 20, 2010, Warid Telecom was rebranded to airtel.

Brand
Logo
The unique symbol of airtel is an interpretation of the ‘a’ in airtel. The curved shape & the gentle highlights on the red color make it warm & inviting, almost as if it were a living object. It represents a dynamic force of unparalleled energy that brings airtel and airtel’s customers closer.

This specially designed logo type is modern, vibrant & friendly. It signals airtel’s resolve to be accessible, while the use of all lowercase is its recognition for the need for humanity.

Red is part of airtel’s heritage. It is the color of energy & passion that expresses the dynamism that has made airtel the success it is today, in India, and now on the global stage.

Vision & Tagline
By 2015 Airtel will be the most loved brand, enriching the lives of millions.

“Enriching lives means putting the customer at the heart of everything we do. We will meet their needs based on our deep understanding of their ambitions, wherever they are. By having this focus we will enrich our own lives and those of our other key stakeholders. Only then will we be thought of as exciting, innovation, on their side and a truly world class company.”

Products Offered
airtel provides both post-paid and pre-paid connection plans. The post-paid plan is branded and marketed across the country under the name airtel Postpaid, which means leader or royalty. The pre-paid segment is branded and marketed as airtel Prepaid.
The airtel Prepaid category is divided into four segments:
 Adda
 Golpo
 Kotha
Airtel-Postpaid and Airtel Prepaid user enjoy various value added services(VAS), such as SMS, MMS, GPRS, 64K SIM, Dual SIM product, Corporate packages for product advertising via SMS, and a host of other features. However, International Roaming is available only to Warid postpaid users.

AEC & ARC
Airtel has ten customer care centers around the country, which is known as ‘airtel experience center (AEC), located at key locations. These centers are directly run by Airtel itself.
Airtel has another 120 dealer outlet spread across Bangladesh, the largest chain of retail outlets in the country, which is further backed up by a chain of sub-dealers, affinity partners & distributors. Dealer outlets of airtel known as “airtel relationship Center (ARC)”
SIM Cards, Scratch Cards and sometimes mobile sets are sold at these outlets. Bill collection for post paid users and Zem top up for pre-paid users can also be availed at the franchises. These franchises directly appoint dealers and sub-dealers in their designated areas.

airtel Bangladesh Ltd.: at a glance