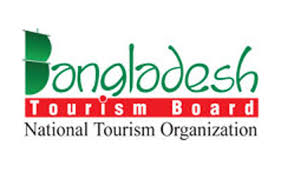 UNWTO is proud to support the Government of the People’s Republic of Bangladesh’s decision to form the ‘Bangladesh Tourism Board’ (BTB) as the acting ‘National Tourism Organization’ (NTO) of Bangladesh. The Board will play the leading role of promoting and marketing Bangladesh Tourism domestically and internationally. BTB will also be engaged in formulating tourism plans and policies for the development of tourism, along with attracting foreign investment in the tourism sector. Mr. Alim Uddin Ahmed will be taking on the challenge of the BTB’s first ever CEO.

The newly formed Bangladesh Tourism Board (BTB) shaped to promote tourism in the country appears to be another Parjatan Corporation as the government has decided to appoint bureaucrats to the top 30 posts of the board.

BTB recently designed an organ gram wherein top officials will be appointed from the cadre service that might hamper, experts apprehended, the prospective sector’s growth in the trap of red tape.

Such type of board is supposed to be a statutory body and operated by professionals for the wellbeing of the sector, said the experts.

According to the Tourism Board Act, a government officer or a tourism expert will be appointed as the Chief Executive Officer (CEO). However, the government has selected the CEO from among government officers, sidestepping professionals, sources said.

Sources in the BTB said 154 posts have been created in the organ gram where 30 top posts will be filled with government administrators. At present, a deputy secretary is working as the CEO of the tourism board.

A top BTB official, recently appointed to the board, told the FE: “Only a tourism expert is eligible for being on the board as an employee. Otherwise the board wouldn’t be effective; rather it would be a burden for the government like the Parjatan Corporation.”

On September 13, 2010, the government formed BTB to boost the tourism sector. Later, the government appointed 17 people as members of the board. Of them, 12 were bureaucrats.

Bangladesh Parjatan Corporation (BPC) took up some activities for tourism development after its inception in 1972. The BPC Ordinance gave mandate to promote and develop tourism, build country’s image abroad, acquire and establish tourism infrastructure, organize safari tourism, set up travel agencies, train up human resources and regulate the country’s tourism industry. However, BPC could not do anything up to the expectation.

BPC’s failure induced both private and government quarters to raise voice for doing something in an alternative way. That is why the government made the Tourism Act 2010 to establish BTB to meet the demand of the industry people.

A tourism analyst and Dhaka University Tourism and Hospitality Management teacher Mohammad Badruzzaman Bhuiyan said the board was formed to regulate and oversee the entire tourism industry though its bureaucrat-based set-up would hamper its operation.

He said, “Despite its bureaucratic set-up, I want to be optimistic as there are lots of opportunities of expanding the tourism industry in the country.”

“No one wants this type of organization. Another Parjatan Corporation wouldn’t be able to bring anything good to the tourism sector,” he added.

BTB started its operation from the Tourism Ministry secretariat with only 10 employees. Later, it started its full-fledged function at its new office at Goshen in the city from March this year.

The Bangladesh Parjatan Corporation has drafted a detailed plan named *Tourism Vision 2020* to enable the tourism industry to earn 4 to 5 per cent of the annual GDP by 2020.The corporation has estimated that some 0.9 million foreign tourists will visit Bangladesh in 2020, but the World Tourism Organization estimated that the figure would be 0.5 million. The Parjatan Corporation expects that domestic tourism, along with international tourism, will increase due to the improvement of infrastructure, especially highways and hotels, and the growing trend in local people to go on pleasure tours.

The outgoing chairperson of the Parjatan Corporation, Dr M Mahbubur Rahman, told the present contribution of tourism industry to the annual GDP is less than one percent. He was talking he was appointed information secretary to the government of Bangladesh. He said the Tourism Vision 2020 would be a complete guideline for the tourism industry, including the government and private investors.

The Bangladesh Parjatan Corporation conducted a study on the present condition of the tourism industry and formulated Tourist Vision 2020, which is based on the study report.

We have taken into account the tourism strategies of India, Thailand and New Zealand, interviewed arriving and departing tourists, tour operators, tourism professionals, travel writers and university teachers of relevant disciplines, said the chairperson. Dr Mahbubur told that before this there was no clear vision for the promotion of tourism in Bangladesh, so there was a yawning lack of proper plans, programs and strategies. In 2003, the total number of foreigners who visited Bangladesh was 2.46 lakh and foreign exchange earned from them amounted to Tk 3.31 billion, and in 2004, the total number of foreign visitors increased to nearly our lakh.

The major markets for the tourism industry of Bangladesh are India, Pakistan, Japan, United Kingdom, United States of America, Korea, China and Germany. People of Europe and South Asia together accounted for 69.61 per cent of the foreigners who toured Bangladesh.

According to Tourist Vision 2020, the corporation has taken up some plans and programmers like development of tourism products, marketing, promotion and public relations and reformation of the Parjatan Corporation. The study said that for maintenance of cultural heritage and archaeological sites like: Paharpur, Mahasthangarh, Mainamati, Bagerhat, Shat Gambuz osque, Buddhist Viharas and monasteries, historic buildings and monuments proper excavation, preservation and conservation is necessary. Eco-tourism destinations like the Sundarbans, Teknaf peninsula, Chittagong Hill Tracts, Tanguar Haor and Sunamganj need proper management and protection against illegal encroachers. To do this it is essential for the corporation to coordinate its activities with the Ministry of Forests. The study suggested that Cox’s Bazar, Kuakata beach, offshore islands like Sonadia and St Martin’s Island should be developed as special tourist areas with proper infrastructure and entertainment facilities, including water sports and casinos. Riverine tourism, rural tourism, education and health tourism should be encouraged, said the study. The Parjatan Corporation will make some short-term and long-term marketing plans and will target some countries as potential markets. To achieve these goals, full display ads, direct response ads, posters, brochures, videos, internet, power point presentation and other promotional activities, like packages with free airline tickets, hotel rooms and tie-in sales promotion, are necessary. The Parjatan Corporation should be transformed into an effective regulatory body, to do which it should be given considerable freedom to deal with ministries, government departments and with the private sector. All the attractive archaeological sites and islands with tourism potential should be put under the jurisdiction of the corporation, and a strong marketing division should be established, suggested the study.