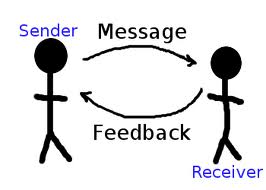 How to Communication Process

In an organization, your boss will never give you your share of credit, unless and until you present your work in a well defined manner. How will one present his/her work- by communication.

Parents will never understand that their child is hurt unless and until, the child cries or shows his wounds. What is crying? A form of communication. What does showing of wounds mean-The child wants to communicate to his parents that he needs to be immediately attended by the doctor.

Mike preferred pasta to pizza and once during the Christmas party, he made his point clear and pasta was ordered only for Mike as Jenny, Christina and Tony were all pizza lovers. Mike did nothing but simply communicated and passed on his desire to his gang, here Mike being the sender and the others receiver.