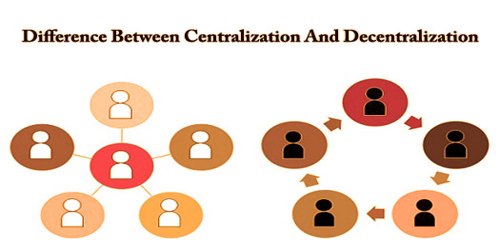 Centralization is a form of organizational structure where the decision making capability rests with the top management. A couple of hand-picked members are entitled to create strategies, determine the goals and objectives based on which an organization will function.

In earlier times, the centralization policy was the most commonly practiced in every organization to retain all the powers in the central location. They have full control over the activities of the middle or low-level management. Apart from that personal leadership and coordination can also be seen as well as work can also be distributed easily among workers.

However, due to the concentration of authority and responsibility, the subordinate employee’s role in the organization is diminished because of all the right vests with the head office. Therefore, the junior staff is only to follow the commands of the top managers and function accordingly; they are not allowed to take an active part in decision-making purposes. Sometimes hotchpotch is created due to excess workload, which results in hasty decisions. Bureaucracy and Red-tapism are also one of the disadvantages of centralization.

The disadvantage of such a structure is that it increases the time taken to arrive at a decision. As decision-making authority lies with selected people from top management, it may result in biased decision making.

In such an organization, most of the planning, strategy, and decision to implement them are taken by the people in the middle and lower level of management. The advantage of decentralization is that the employees are empowered to make their own decisions that will benefit the organization, which results in a high level of employee satisfaction and boosts the productivity of an organization.

Decentralization enables low-level employees to gain leadership skills, which can contribute to the growth of the organization in the long run.