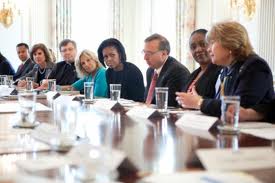 Disputes between union and organization in private sector

The private sector is usually composed of organizations that are privately owned and not part of the government. These usually includes corporations (both profit and non-profit), partnerships, and charities.

The causes of industrial disputes can be broadly classified into two categories: economic and non-economic causes. The economic causes will include issues relating to compensation like wages, bonus, allowances, and conditions for work, working hours, leave and holidays without pay, unjust layoffs and retrenchments. The non economic factors will include victimization of workers, ill treatment by staff members, sympathetic strikes, political factors, indiscipline etc.

The most common causes of industrial disputes are economic causes. These are follows:

Demand for Allowances and Bonus: Increase in cost of living was the main cause of the demand of certain allowance allowances such as dearness allowance, house allowance, medical allowance, night shift allowance, conveyance allowance etc; by the workers to equate their wages with the rise of prices. Bonus also plays an important role as a cause of industrial dispute. Both the amount and the method of bonus payment have led to a number of disputes.

High Industrial Profits: In the changing world, concept of labour has changed considerably. At the present, employers consider themselves as a partner of the industry and demand their share in the profits.