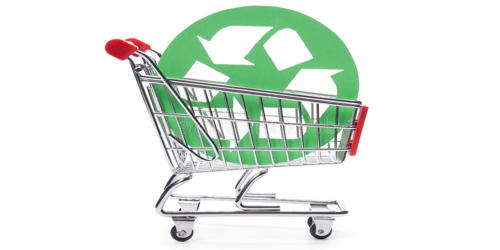 Ethical consumerism is the practice of buying products and services produced in a way that the process creates a minimum or no harmful impact on society and the environment. It is a type of consumer activism based on the concept of dollar voting. It is a form of political activism based on the premise that purchasers in markets consume not only goods but also, implicitly, the process used to produce them. It is practiced through the buying of ethically-made products that support small scale manufacturers and local artisans while protecting animals and the environment, and boycott’ products that exploit children as workers, are tested on animals, or damage the environment.  By choosing certain products over others, or even whether to purchase at all, consumers can embrace or reject particular environmental and labor practices and make other value claims based on the ethical values they hold.

Ethical consumerism entails two key shifts in how markets are conceived. First, consumer goods once thought of as objects without a history, are redefined to include the ethical (and unethical) decisions made in the production process. Second, the act of consumption itself becomes a political choice, not unlike voting, so that democratic values come to be exercised in the market.

The term “ethical consumer”, now used generically, was first popularised by the UK magazine Ethical Consumer, first published in 1989. The idea of using consumption as a lever of political change is rooted in boycotts organized by social movements against products, firms, and even countries, including opposition to apartheid in South Africa and the military junta in Myanmar (Burma). Ethical Consumer magazine’s key innovation was to produce ‘rating tables’, inspired by the criteria-based approach of the then-emerging ethical investment movement. In general, ethical consumerism seems like a great way of giving back to the environment: by buying from only from companies that practice ethical standards, you are not only supporting that way of producing goods but you’re also practicing a more sustainable lifestyle.

Ethical Consumerism is all about choosing goods that are ethically sourced, ethically made and ethically distributed. Ethical Consumer’s rating tables awarded companies negative marks across a range of ethical and environmental categories such as ‘animal rights’, ‘human rights’, and ‘pollution and toxics’, empowering consumers to make ethically informed consumption choices and providing campaigners with reliable information on corporate behavior.

Overall, even though ethical consumerism seems good in practice, it can actually be detrimental. Ethical Consumer Research Association, the alternative consumer organization, collects and categorizes information of more than 30,000 companies according to their performance in five main areas, composing the Ethiscore: