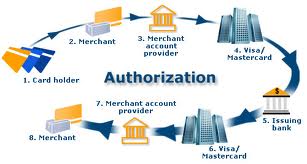 Fundamentals of Credit Card System of One Bank Ltd

One of the participants in Credit Card transaction is the Cardholder who is solicited, screened and approved by the issuer. The letter establishes a line of credit for the customer and issues the credit card. The Cardholder uses the credit card either to purchase goods and services from a merchant or obtain a cash advance from a member for which the cardholder receives a monthly bill from the issuer.

The second participant in Credit Card transactions is the Issuer. The Cardholder’s financial institution (usually called the issuing member or issuer) is a licensed member of Master Card/Visa. The Issuer:

The issuer also benefits from the services of a Third Party and /or association in processing information and payments.

Managing a credit card program is expensive and some small financial institutions prefer to offer credit cards to their customers without taking on the complications and responsibilities of becoming an issuing member.

These small financial institutions can contract to become an issuing agent of an issuing member. The issuing agent solicits cardholder applicants for the issuer generally through take-ones made available at its branches. The issuer, in turn, issues the card in its name has the cardholder relationship, makes all of the Credit decisions and completely manages the card program. It the agent Bank’s name appears on the card, and then the agent bank must be an affiliate/associate member of Master Card/Visa Int’l.

The issuer usually keeps most of the income from the cardholder account: the agent member may not receive small compensation for providing the application. While the issuing agent’s income from this arrangement is small, it does retain customers who might take their business elsewhere if a Credit Card Program were not available at their local financial institution. When the issuing agent’s name appears on the card it tends to preserve the financial institution-Card holder relationship.

The acquiring member or acquirer solicits and accepts merchants into its Credit Card Program. The acquire is a member of Master Card and /or Visa and holds a written agreement with the merchant to:

The acquirer usually charges the merchant a merchant discount for handling the transactions. The acquirer is licensed by Master card and /Visa and agrees to follow the operating rules and regulations of the two associations. Master Card/Visa provides various services to the acquirer, including authorization and settlement processing, interchange and resolution to member disputes. Many financial institutions are both issuers and acquirers: As issuers they maintain the cardholder relationship. As acquirers, they maintain the merchant relationship.

The Merchant can be virtually any company, which meets the qualification standards of Master Card and/or Visa and an acquirer. Typical merchant business includes retail stores, restaurants, airlines, mail order companies, and health plans to name a few Master Card and Visa both require that the merchant be financially responsible and of good repute. The merchant has a written agreement with the acquirer to accept the Credit cards as payment and to abide by the terms of the agreement.

Operations of the Master Card International

How does the Bank Network?

Like other Telecommunication all data pass through a central switching center (a star network configuration). Through the world Master card has 16 switching center. Among those 7 switches are exits in US and rest of them exits in whole world. In Asia, 2 switches are in Bahrain & Singapore. Recent Master card is going to establish more switch .This network is very fast and expensive.

The Bank network offers several routes that information can travel along to arrive at any given distention. This is called a distributed network & also referred to as Peer-to- Peer (PTP) architecture. Compare to Star network it is cheaper.

Data enters the Bank net through MIP’s, which perform two general functions for the members:

MIPs are joined to the Bank network through Tele communication centers called ‘Nodes’ or ‘Switches’. Each node is like an intersection on the system, which access to at least two other nodes. Before entering the network, a member’s data enclosed in a packet by the sending MIP. When a packet reaches its destination, the receiving MIP arranges all the packets in sequences for processing.

The connection from banks host computer system to a MIP depends on the number and types of the services provided to merchants and cardholder’s .The member host connection may involve one or more of the following options:

On-line – Banks host computer can be directly connected to an on- site MIP at bank business location. Bank can communicate to an off-site MIP using standard communication software and locally available Telecommunication access. Members who are in remote areas or do not have the transaction volume to warrant using on-site MIP may find MIP sharing a viable option.

Off- line – Bank can use Bank net PC file express a personal computer connection to the Master Card mainframe in St Louis, for sending and receiving bulk files over Telephone lines. Bank can use Computer-Assisted Telex Services (CATS), an authorization processing system offered to members who are not on-line.

Master Card system applications are divided into two major categories: authorization which is primarily done On-line with immediate response time and bulk data processing such as Clearing and Settlement.

Step 1: The cardholder gives the card to the merchant

Step 2: The merchant starts the authorization process by either:

¨    Placing a call to the acquirer or its agent, or

¨    Entering the transaction in to the POS terminal

Step 3: The acquirer host computer system sends an authorization request message to the Banknet network through the acquirer MIP

Step 6: Bank net routs the response to the acquirer or its agent

Step 7: The acquirer or agents delivers the response to the merchant

Each day, millions of cross-border and local Master card transactions involving hundreds of millions of dollars, are “cleared” and “settled” via the Bank net Tele communications network using the Interbank Network for Electronic Transfer (INET). Clearing is the process of exchanging transactions details between an acquirer and an issuer to facilitate posting of a cardholder account, handle retrieval request and reconcile a member’s settlement position. Issuers, acquirer and INET play and assume the following responsibilities in the clearing process:

b)      Stores records into issuing ICA member sequence and classify transactions by merchant to minimize the transaction and processing time and cost.

d)      Balances the prepared data before transmissions in to Master card in St Louis, USA

g)      Re-submits any items, batches or transmissions that have been declined for any reason by Master card.

a)      Edits balances and distributes transaction data received from acquiring and issuing members.

e)      Updates acquirers interchange files to confirm that transmission have been received accepted.

a)      Edits and balances records received from INET.

It is the process by which funds are exchanged between members for the net value of monetary transaction such as sales transactions, cash disbursement, merchandise credits and miscellaneous records. In this process Master card instructs the Master card settlement bank to transfer funds to those members in a credit position and to debit any members who are in a debit position. The bank through with the settlement process occurs is called the settlement bank.

Master card offers this service to accommodate members in the same country who need to clear all their transactions through INET and who desire to settle transaction with in the country in their local currency.

Members participating in local settlement process their domestic transaction through a local settlement bank at an agreed upon inter change rate(s). Master card credit and debit advisement are sent to a member designated local bank.

Security is the main feature in the card business. For the security purpose the following actions are involve.

Job responsibilities can be divided in to the following parts:

B.     Cardholder or Merchant Related

Institution is responsible for obtaining cards from a plastics manufacturer. Master card periodically in the security Bulletin lists manufacturers, embowers and encodes that have been inspected and are in compliance with Master card minimum-security standards.

To minimize fraudulent the following steps are occur-

b) Identification of Card Source: The ordering member or affiliates ICA number the month and the year the order was placed and the manufacturer’s name placement of this information on the card is at the card designer’s discretion.

c) Expiration Date: No longer than two years from the issue date.

d) Master Card Embossed Characters: A special character, which is difficult to reproduce. This is appeared on the front of the cards.

e) Hologram: A three dimensional insignia created with a laser.

g) Two-Card Validation Codes: One of these 3 digits codes in printed on the signature panel following the account number and other is encoded on the magnetic stripe.