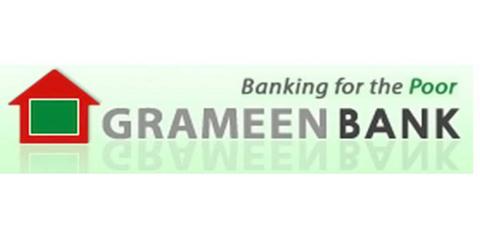 “Owned by the poor”

Grameen Bank (GB) has reversed conventional banking practice by removing the need for collateral and created a banking system based on mutual trust, accountability, participation and creativity. GB provides credit to the poorest of the poor in rural Bangladesh, without any collateral. At GB, credit is a cost effective weapon to fight poverty and it serves as a catalyst in the overall development of socio-economic conditions of the poor who have been kept outside the banking orbit on the ground that they are poor and hence not bankable. Professor Muhammad Yunus, the founder of “Grameen Bank” and its Managing Director, reasoned that if financial resources can be made available to the poor people on terms and conditions that are appropriate and reasonable, “these millions of small people with their millions of small pursuits can add up to create the biggest development wonder.”

Grameen Bank’s positive impact on its poor and formerly poor borrowers has been documented in many independent studies carried out by external agencies including the World Bank, the International Food Research Policy Institute (IFPRI) and the Bangladesh Institute of Development Studies (BIDS).

Muhammad Yunus, the bank’s founder, earned a doctorate in economics from Vanderbilt University in the United States. He was inspired during the terrible Bangladesh famine of 1974 to make a small loan of US$27.00 to a group of 42 families so that they could create small items for sale without the burdens of predatory lending. Yunus believed that making such loans available to a wide population would have a positive impact on the rampant rural poverty in Bangladesh.

The Grameen Bank (literally, “Bank of the Villages“, in Bengali) is the outgrowth of Yunus’ ideas. The bank began as a research project by Yunus and the Rural Economics Project at Bangladesh’s University of Chittagong to test his method for providing credit and banking services to the rural poor. In 1976, the village of Jobra and other villages surrounding the University of Chittagong became the first areas eligible for service from Grameen Bank. The Bank was immensely successful and the project, with support from the central Bangladesh Bank, was introduced in 1979 to the Tangail District .The bank’s success continued and it soon spread to various other districts of Bangladesh. By a Bangladeshi government ordinance on October 2, 1983, the project was transformed into an independent bank. Bankers Ron Grzywinski and Mary Houghton of ShoreBank, a community development bank in Chicago, helped Yunus with the official incorporation of the bank under a grant from the Ford Foundation. The bank’s repayment rate was hit following the 1998 flood of Bangladesh before recovering again in subsequent years. By the beginning of 2005, the bank had loaned over USD 4.7 billion and by the end of 2008, USD 7.6 billion to the poor.

The Bank today continues to expand across the nation and still provides small loans to the rural poor. By 2006, Grameen Bank branches numbered over 2,100. Its success has inspired similar projects in more than 40 countries around the world and has made World Bank to take an initiative to finance Grameen-type schemes.

The bank gets its funding from different sources, and the main contributors have shifted over time. In the initial years, donor agencies used to provide the bulk of capital at very cheap rates. In the mid-1990s, the bank started to get most of its funding from the central bank of Bangladesh. More recently, Grameen has started bond sales as a source of finance. The bonds are implicitly subsidized as they are guaranteed by the Government of Bangladesh and still they are sold above the bank rate.

The Grameen Bank believes that the best way for participants to learn about how the bank works, is through first hand exposure and observations at the field level. Through these experiences, participants are encouraged to draw their own conclusions about the effectiveness of Grameen Bank’s work and the impact it has on the poorest of the poor. The objectives of GB’s training programs are to:

The 16 Decisions of Grameen Bank

Decision -1 :    We shall follow and advance the four principles of Grameen Bank — Discipline, Unity, Courage and Hard work – in all walks of our lives.

Decision -2 :    Prosperity we shall bring to our families.

Decision -3:    We shall not live in dilapidated houses. We shall repair our houses and work towards constructing new houses at the earliest.

Decision -4:  We shall grow vegetables all the year round. We shall eat plenty of them and sell the surplus.

Decision -5: During the plantation seasons, we shall plant as many seedlings as possible.

Decision -6: We shall plan to keep our families small. We shall minimize our expenditures. We shall look after our health.

Decision -7: We shall educate our children and ensure that they can earn to pay for their education.

Decision -8: We shall always keep our children and the environment clean.

Decision -9: We shall build and use pit-latrines.

Decision -10: We shall drink water from tube wells. If it is not available, we shall boil water or use alum.

Decision -12: We shall collectively undertake bigger investments for higher incomes.

Decision -13: We shall always be ready to help each other. If anyone is in difficulty, we shall all help him or her.

Decision -14: If we come to know of any breach of discipline in any centre, we shall all go there and help restore discipline.

Decision -16: We shall take part in all social activities collectively.

Muhammad Yunus Every year GB staff evaluates their work and check whether the socio-economic situation of GB members is improving. GB evaluates poverty level of the borrowers using ten indicators.

The Grameen Bank has four administrative tiers, each with a distinct set of functions: the head office, the zonal office, the area and the branch. The zonal and area offices together are referred to as the regional offices.

The head office, located in Dhaka, is the central unit of the Grameen Bank. It is led by deputy managing director assisted by deputy managing director, a general manager, and over 400 other staff members. The field offices, consisting of branch, area and zonal offices are independent of the head office. An important feature to his management structure is the high level of autonomy granted to the field units. The zonal office is a mini-head office, which makes all administrative decisions except major disciplinary actions against any staff. By contrast, the head offices are more involved in providing training and raising loan Micro Credit and Grameen funds and grants from external sources.

The branch is the field-level office, which has the most contact with members; as such, it is the most important unit in its operation. A typical branch supervised fifty to sixty centers, located in villages within walking distance of a branch, an area of no more than 30 square miles. The branch is considered the basic profit-making unit of Grameen Bank operations; an average branch has Micro Credit and Grameen ten employees, consisting of one branch manager, one senior assistant, seven bank employees and one peon-cum-guard. At the branch level, groups are formed and trained and proposals for loans are made, although it does not have the authority to lend. Given the predominant role of branches in the operations and management structure of the Grameen Bank, they also have the highest proportion of employees.

Micro Credit and Grameen ten to fifteen branches are supervised by an area office typically staffed by six persons, including one area manager, one program officer, one senior assistant, one typist, one driver, and one peon-cum-guard. The area office approves loans based on the recommendation of the branch manager. Five to ten area offices form a zonal office staffed by Micro Credit and Grameen thirty-five employees. These offices are headed by a zonal manager who oversees two principal officers, fifteen senior officers, five officers, and twelve other employees.

The Grameen Bank’s Method of action can be illustrated by the following principles:

October 13, 2006 was the happiest day for Bangladesh. It was a great moment for the whole nation. Announcement came on that day that Grameen Bank and I received the Nobel Peace Prize, 2006. It was a sudden explosion of pride and joy for every Bangladeshi. All Bangladeshi’s felt as if each of them received the Nobel Peace Prize. We were happy that the world has given recognition through this prize, that poverty is a threat to peace. Grameen Bank, and the concept and methodology of micro-credit that it has elaborated through its 30 years of work, have contributed to enhancing the chances of peace by reducing poverty. Bangladesh is happy that it could contribute to the world a concept and an institution which can help bring peace to the world