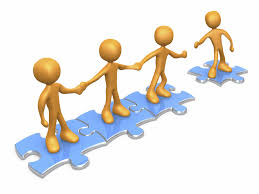 What is Organization Culture

Every human being has certain personality traits which help them stand apart from the crowd. No two individuals behave in a similar way. In the same way organizations have certain values, policies, rules and guidelines which help them create an image of their own.

Organization culture refers to the beliefs and principles of a particular organization. The culture followed by the organization has a deep impact on the employees and their relationship amongst themselves.

Every organization has a unique culture making it different from the other and giving it a sense of direction. It is essential for the employees to understand the culture of their workplace to adjust well.

The attitude, traits and behavioral patterns which govern the way an individual interacts with others is termed as culture. Culture is something which one inherits from his ancestors and it helps in distinguishing one individual from the other.

In organization A, the employees are not at all disciplined and are least bothered about the rules and regulations. They reach their office at their own sweet time and spend their maximum time gossiping and loitering around.

This organization follows employee friendly policies and it is mandatory for all to adhere to them. It is important for the employees to reach their workplace on time and no one is allowed to unnecessarily roam around or spread rumours.

No two organizations can have the same culture. The values or policies of a non-profit organization would be different from that of a profit making entity or employees working in a restaurant would follow a different culture as compared to those associated with education industry or a manufacturing industry.

Broadly there are two types of organization culture: