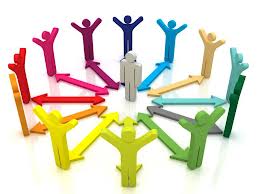 The Elements of Culture

The important elements of culture are language, religion, values and attitudes, education, social organization, technology and material culture, law and politics, and aesthetics. (Carter, 2002) Language: Language can be verbal and non-verbal. Verbal means how the words are spoken (tone of voice) and non-verbal includes gestures, body position and eye contact. It is important to really understand how language is used by the people in your target market. Consider the following examples: When the Pepsi slogan “Come alive with the Pepsi Generation” was translated in Taiwanese, it came out as “Pepsi will bring your ancestors back from the dead” or the Kentucky Fried Chicken slogan “Finger-lickin’ good” in Chinese, came out as “Eat your fingers off”.These can irritate and frustrate the customer and therefore these misunderstandings should be avoided. It does not give the best impression of the company that has produced it.

Many international companies ignore the influence of religion. Most cultures find in religion a reason for being. It is important to identify the difference between the shared beliefs, for example, in Islam, Buddhism, or Christianity. An example of the effect of religious beliefs on international marketing is the ban of pork products and alcoholic beverages in the Middle East. The international market manager must be aware of religious division in the countries of operation.

Values and attitudes can affect reaction to a product or to its origins. For example, a firm using yellow flowers in its logo or on the packaging of a product was well accepted in the United States but was a disaster in Mexico, where a yellow flower symbolizes death or disrespect. (Kotler and Armstrong, 1999) An international company needs to understand the differences in values and attitudes within the country.

It is significant for international firms are to know about the educational system of a country. The level and nature of education can have a major impact on how receptive consumers are to foreign marketing activities.

Certain issues in the political environment are significant. Some countries, such as Russia, have relatively unstable governments, whose policies may change dramatically if new leaders come to power by democratic or other means. Some countries have little tradition of democracy, and thus it may be difficult to implement. When a company is going into a foreign market it is also important to look at the ownership regulations, the employment law, health and safety system, financial law and patent protection.

The social systems are different in every country, for example the family relations, the social stratifications, the interest groups and the status in a community group. Social organization also determines the roles of managers and subordinates and how they relate to one another.