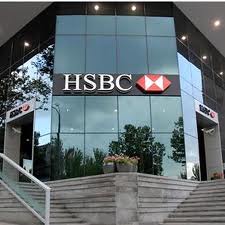 The Hongkong and Shanghai Banking Corporation

An Overview of HSBC Group

Headquartered in London, HSBC Holdings plc is one of the world’s largest banking and financial services organizations, with major consumer, commercial and investment banking and insurance businesses. The HSBC Group evolved from The Hongkong and Shanghai Banking Corporation Limited (Hongkong Bank), which was founded in Hong Kong with offices in Shanghai and London and an agency in San Francisco. The HSBC Group international network comprises more than 5,500 offices in 81 countries and territories, operating under well-established names in the Asia-Pacific region, Europe, the Americas, the Middle East and Africa. With primary listings on the London and Hong Kong stock exchanges, shares in HSBC Holdings plc are held by some 160,000 shareholders in more than 90 countries and territories. In the United States, investors are offered a sponsored American Depository Receipt program. Through a global network linked by advanced technology, the Group provides a comprehensive range of financial services: personal, corporate, investment and private banking; trade services; cash management; treasury and capital markets services; insurance; consumer and business insurance; pension and investment fund management; trustee services; and securities and custody services, The HSBC family is comprised of over 130,000 employees representing 81 countries and territories   Following are the principal members of the Group,

However, many of the members have changed their name into HSBC, The Hongkong and Shanghai Banking Corporation Limited to introduce the whole group under one brand name.

Founded in 1865 in Hong Kong, this Group expanded primarily through offices established in Hongkong Bank’s name until the mid-1950s when it began to create or acquire subsidiaries. This strategy culminated in 1992 with one of the largest bank acquisitions in history when HSBC Holdings acquired Midland Bank, which was founded in the UK in 1938. The following are some key developments in the Group’s growth since 1959.

1980:               Hongkong Bank of Canada is established in Vancourver. The Group acquires a controlling interest in Equator Holdings.

2001:               Agreement is reached for HSBC to acquire Barclay’s Bank’s branches and fund Management Company in Greece. CCF is chosen by the French Government to acquire Banque Hervet, a regional bank in France. HSBC Finance (Brunei) Berhad signs an agreement to acquire IRB Finance Berhad, a Finance company in Brunei.

2003:               CCF agrees to increase its stake in French private bank Banque Eurofin SA to 71.21%, and to acquire a further two branches of Banque Worms in France, bringing the total number purchased to 13. HSBC acquires Keppel Insurance Pte Ltd, a provider of life insurance and Islamic insurance in Singapore; and increases its shareholding from 60% to 100% in Equator Holdings Limited.

HSBC is truly the World’s Local Bank, in a number of ways. The global presence of HSBC makes it really large banking institution. The following table clearly shows that the brand HSBC can be found in every nook and corner of the third planet of the solar system:

The following figure shows the percentage distribution of HSBC branches, around the globe.

HSBC’s objectives are to provide innovative products supported by quality delivery of systems and excellence customer services, to train and motivate staffs and to exercise community responsibility. By combining regional strengths with group network HSBC’s aim is to be the bank of choice and one of the leading banks in its principle markets. HSBC’s goal is to achieve sustained earnings growth and to continue to enhance shareholders value.