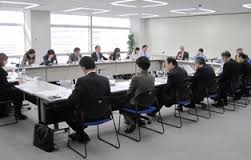 What is the nature of corporate governance in Japan

Attitudes toward corporate governance in Japan are affected by the concepts of obligation, family, and consensus. In Japan, an obligation “may be to return a service for one rendered or it may derive from a more general relationship, for example, to one’s family or old alumni, or one’s company (or Ministry), or the country. This sense of particular obligation is common elsewhere but it feels stronger in Japan.” As part of a company family. Individuals are members of a unit that envelops their lives; families command the attention and allegiance of parties throughout corporations. Moreover, a keiretsu (a group of firms tied together by cross-shareholders) is more than an economic concept; it, too, is a family. Consensus, an important influence in Japanese corporate governance, calls for the expenditure of significant amounts of energy to win the hearts and minds of people whenever possible, as opposed to top executives issuing edicts. Consensus in highly valued, even when it results in a slow and cumbersome decision-making process.

Still another change in Japan’s governance system has occurred in the market for corporate control, which was nonexistent in past years. Japan experienced three recessions in the 1990s and is dealing with another early in the 21st century. As a whole, managers are unwilling to make the changes necessary to turn their companies around.