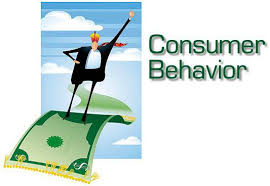 – Why they buy it (To wash the body from dirt, to wash dirt cloths)?

-Where they buy it (Supermarket, convenient store)?

– How often they buy it (weekly, bi-weekly, monthly)?

According to H.W. Barkman & C. Gilson, “Consumer behavior may be defined the activities people engaged in actual or potential use of market items- whether produce, services, retail environment or ideas”.

However, a more specific definition is given by Bagozzi and Zeltman, “Consumer Behaviors are acts, process and social relationship exhibited by individuals, groups and organization in the obtainment, use of and other resources”.

The above definitions focus on three aspects:

A model can be defined is simplified representation of some larger system which is used to identify, explain and predict behavior within that system. All model of consumer behavior attempt to organize many variables and relationship in a meaningful way.

Consumer behavior refers to the selection, purchase and consumption of goods and services for the satisfaction of their wants. There are different processes involved in the consumer behavior. Initially the consumer tries to find what commodities he would like to consume, then he selects only those commodities that promise greater utility. After selecting the commodities, the consumer makes an estimate of the available money which he can spend. Lastly, the consumer analyzes the prevailing prices of commodities and takes the decision about the commodities he should consume. Meanwhile, there are various other factors influencing the purchases of consumer such as social, cultural, personal and psychological. The explanation of these factors is given below

Consumer behavior is deeply influenced by cultural factors such as: buyer culture,  subculture, and social class. Thus marketer should understand the cultural background of the consumer. It includes:

Basically, culture is the part of every society and is the important cause of person wants and behavior. Simply, culture is that, what we are. That means our life style, our behavior, what we like to do and wear all these show our culture.In a border sense, culture refers to a complex set of valus,norms believes, attitudes and customs which are handed down from generation to generation and which help individuals to communication, interpret or evaluate as members of a given society.

For xample as a Bangladeshi culture we feel comforte to wear lungi in the house or prefere to eat rice and fish in our meal. This is the culture of  Bangladeshi people. The influence of culture on buying behavior varies from country to country therefore marketers have to be very careful in analyzing the culture of different groups, regions or even countries.

No society is totally homogenious. Each culture consits of smaller subcultures that provide more specific identification or common value system for their members. Each culture contains different subcultures such as religions, nationalities, geographic regions, racial groups etc. Marketers can use these groups by segmenting the market into various small portions. For example marketers can design products according to the needs of a particular geographic group.

Every society possesses some form of social class which is important to the marketers because the buying behavior of people in a given social class is not similar. In this way marketing activities could be tailored according to different social classes. Here we should note that social class is not only determined by income but there are various other factors as well such as: wealth, education, occupation etc. For example, In our society there is upper class, mid class and lower class people and their consumption pattern is not alike to each other.

In addition to cultural factors consumer behavior is influenced by such social factor as reference groups, family, and social roles and status.

Buyer behavior is strongly influenced by the member of a family. Family is defined as two or more persons related by blood, marriage or affecting who reside together. Family members constitute the most influential primary reference group affect buying decision. However, the relative importance of each member may vary according to the kind of product or service under considertion, its cost and other variables. Therefore marketers are trying to find the roles and influence of the husband, wife and children. If the buying decision of a particular product is influenced by wife then the marketers will try to target the women in their advertisement. Here we should note that buying roles change with change in consumer lifestyles.

Each person possesses different roles and status in the society depending upon the groups, clubs, family, organization etc. to which he belongs. The person’s position in each group can be defined in terms of roles and status. A role consists of the activities that a person is expected to perform. For example a woman is working in an organization as finance manager. Now she is playing two roles, one of finance manager and other of mother. Therefore her buying decisions will be influenced by her role and status.

Personal factors can also affect the consumer behavior. Some of the important personal factors that influence the buying behavior are: lifestyle, economic situation, occupation, age, personality and self concept.

i) Age and Stage in the Family Life Cycle:

Age and life-cycle have potential impact on the consumer buying behavior. It is obvious that the consumers change the purchase of goods and services with the passage of time. For example: they eat baby food in the early years, most food in the mature years and special diets in the later years. Habit, taste, recreation is also age related. Consumption is also in influenced by the family life cycle. Marketers have identified nine stages of the family life cycle, e.g. bachelor stage, newly married couples, expanding-1, expanding-2, contracting, post-parental childless, childless older married, lone survivor (working), and lone survivor (retired).

The occupation of a person has significant impact on his buying behavior. For example a marketing manager of an organization will try to purchase business suits, whereas a low level worker in the same organization will purchase rugged work clothes.

Product choice is greatly effected by economic circumstances disposable income, saving investment, borrowing power etc. For example, as inflation increases more money is requird for consumer to purchase the same amount of goods. This may lead to general discipline in consumer impending.

Lifestyle of customers is another import factor affecting the consumer buying behavior. Lifestyle refers to the way a person lives in a society and is expressed by the things in his/her surroundings. It is determined by customer interests, opinions, activities etc and shapes his whole pattern of acting and interacting in the world. Marketer search for relationships between their products and lifestylegroups. For example, computer manufacture might find that most computer buyers are achivement-oriented.

Each person’s distinct personality influences his or her buying behavior. Personality refers to the unique psychological characteristics that lead to relatively consistent and lasting response to one’s own environment. Personality is usually described in terms of self-confidence, dominance, sociability, defensiveness and adaptability. There exist a strong correlation between certain personality types and product or brand choice. For example, women who view herself as beautiful will exhibit patterns of buying cloths and cosmetics than a woman who see herself uninteresting.

A person’s buying behavior is also influenced by the various psychological factors.These are: motivation, perception, learning, beliefs and attitudes.

When people act, they learn. Learning is the relatively permanent change in behavior due to experience. Most human behavior is learned. Learning theory teaches marketers that they can build up demand for a product by association it with strong drives, using motivating cues and providing positive reinforcement.

Through doing and learning, people acquire beliefs and attitudes. These in turn, influence their buying behavior. A belief is a descriptive thought that person hold about something. Beliefs may be based on knowledge, opinion or faith. These beiefs make-up product and brand images, and people act on their images.

An attitude is a person’s enduring favorable or unfavorable evaluation toward some object or idea. Attitudes put individuals into a frame of mind of liking or disliking a product, motivating toward or away from it.

All of the factors are described above are crucially important for a marketer to understand . Because he must stisfy the customers according their needs and wants. Also he sometimes need to crate demand in customers mind. For this reason this is very much impotant for a efficient marketer to handle all of his customers more effectively and enthusiastically.