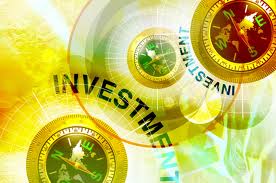 Report on Tendency of Investment Funds and Businesses

The tendency of investment funds and businesses to move beyond domestic and national markets to other markets around the globe, thereby increasing the interconnectedness of different markets. Globalization has had the effect of markedly increasing not only international trade, but also cultural exchange.

Globalization gives companies access to wider markets and consumers access to a greater variety of goods and services. But the benefits of globalization are not always shared by all of the parties involved in trade. Unfortunately, developing countries—which need the potential benefits of globalization the most—are often the losers. “The downside of global capitalism is the disruption of whole societies, from financial meltdowns to practices by multinationals that would never be tolerated in the West,” the Business Week article noted. “Industrialized countries have enacted all sorts of worker, consumer, and environmental safeguards since the turn of the century, and civil rights have a strong tradition. But the global economy is pretty much still in the robber-baron age.”

The current brand of globalization in American diplomacy can be traced back to the post–Civil War era, when internationalization and Americanization emerged in U.S. ideology and expressions of power. From this period to World War I, globalization came under the rubric of Anglo-American control of the transatlantic economy. From about 1850 to 1914 an international economy existed, managed by Great Britain, resting on free trade and open capital markets and reliant on colonies and developing areas as resource bases and on consumers in advanced nations. It was in the midst of this first international industrial economy that the United States rode to world power on the strength of its economic muscle and competed with Europeans, spurred on by production and technological inventions.

The period from the end of World War I to 1950 also experienced some elements of globalization as new technology joined expansion in finance, trade, investment, and culture throughout the world. Yet in a major sense this was an era of deglobalization: first, the international economic system malfunctioned or broke down; then, during the Cold War, the world divided along ideological fissures.

The indicators of globalization were present throughout the superpower struggle. Prosperity and peace brought greater individual mobility. Before World War I an average of 1.5 million people arrived annually at U.S. shores, with about half that many departing. Travel lagged until after World War II and then revived. Two million people arrived in 1956, 10 million in 1970. Immigration, which fell to a low of 24,000 in 1943 and stagnated during the Depression and World War II, revived slowly after the war, reaching 327,000 in 1957. The largest numbers of immigrants—many of them war refugees—continued to come from Europe, and at this time particularly from Germany. Air travel also took off. Before the 1940s the typical traveler from abroad came by sea; after World War II the traveler arrived by air. On domestic routes the number of revenue passengers rose rapidly from 6.6 million passengers in 1945 to 48.7 million in 1957 and 153.4 million in 1970. On international routes the rise was equally dramatic: from 476,000 in 1945 to 4.5 million in 1957 and 16.3 million in 1970.

From the mid-1970s onward the process of world political and economic decentralization, so essential to globalization, picked up momentum. The technological transformations allowed American and other multinational firms to escape national regulations, and also helped free ordinary people from the boundaries of the nation-state. In addition, the rise of the OPEC (Organization of Petroleum Exporting Countries) oil cartel shifted global economic power away from the West. Free exchange rates, unfixed from the gold-dollar standard, gave great flexibility to international investors. American businesses would weather the energy crises and the final phase of the Cold War in different ways. With U.S. tariff barriers continuing to fall and foreign competition surging into the American market, high-cost domestic industries such as steel, autos, and machine tools lost market share to new entrants from abroad. But many bigand medium-sized firms did well in a changing, competitive environment. Firms with leading-edge technologies took advantage of market-opening opportunities to expand abroad. In the era of jet travel and networked business communications, the battle for market share was increasingly fought on a global playing field, involving all of the world’s major high-income markets—Japan, Europe, and North America. Companies and nations converged as global markets for standardized consumer products appeared; transnational companies now sold the same reliable, low-priced goods in Brazil as they did in Biafra.

The Clinton administration perceived that globalization had the potential to harmonize behavior, customs, and politics and usher in prosperity, development, and democracy. As the world’s only superpower, the United States would lead the way toward openness, free access, and political stability. Also, President William Jefferson Clinton’s enthusiasm for globalization was not shared by all Americans; many wondered if globalization was both inevitable and desirable. As the new millennium began, the business community seemed united in support of globalization, but among ordinary people there were concerns about jobs, food safety, harm to the environment, sovereignty, cultural homogenization, and the like. Americans were as unsure about the costs and benefits of this second era of globalization as they had been during the first one before World War I.

The rise of technology has allowed our environment to be characterized as a global one. “The global economy” gave business the ability to market products and services all over the globe. It has also allowed them to develop partnerships and alliances throughout the world, which has become essential for success in today’s business.”[1] Prior to Globalization, the United States dominated the global economy. In recent years, however, the U.S. share of the global economy has shrunk to approximately 25%. This trend is expected to continue as the economies of many newly industrialized countries continue to grow at a faster rate.

There are numerous advantages in the shift to a global economy including the possibility to increase benefits from economies of scale. The breaking down of global barriers allows companies to benefit from the largest and cheapest workforces, raw materials, and technology. For example, “many North American publishers actually write and produce much of their software in countries such as India.”[1] Other advantages that companies benefit from include: the opportunity for smaller companies to quickly expand globally, having more choices when recruiting a workforce and the opportunity to target a larger customer base (which translates to greater earning potential).

Many have argued a global economy also helps in promoting international cooperation and peace (source?). If countries are dependent upon one another’s economic success then armed conflict would be less likely. For instance, India and Pakistan are often in dispute over land territory such as Kashmir. It is argued that it would be less likely that these two countries will enter into combat due to the severe negative effects on their economies.

This increase in globalization has created many new opportunities, such as niche markets, and requires everyone to keep up with globalization in order to stay competitive. As David Shane points out in his article entitled “Youth must learn skills to succeed in Global Economy”, “Technology and trade separate the economy into two camps — those with the skills to participate in the global economy and those who lack them.” Shane indicates that advances in technology are giving developing countries the ability to compete directly with developed countries in terms of education and skills. With the ever increasing Global Economy and widespread use of the internet, people and businesses are realizing that they are often competing with people around the world for contracts and business deals.

The global economy has created an environment in which many large corporations are becoming transnational firms. Critics of this trend say it has caused a worldwide ‘race-to-the-bottom’ where companies are so focused on staying competitive that they often outsource production to developing countries with the lowest labor, environmental and economic standards.[2][3] While these business practices allow companies to save money, leading to larger returns for investors and more affordable products for their clients, at the same time balancing the world economy, some believe they also serve as a motivation for governments in developing nations to keep their legislation lax when it comes to labor and environmental laws. These transnational corporations often lobby governments in order to gain access into these developing countries. Still, many developed countries have protectionist policies that do not enable developing countries to export their goods into developed markets. While some believe these activities should be curtailed with increased government legislation, proponents of economic liberty argue that the governments themselves are the reason for most of the economic problems attributed to globalization.

Trade barriers more often hamper economic development in the Global South, as compared to the North. New technologies like the internet may speed up the reduction of trade barriers. Critics of the expanding global economy argue the reduction of trade barriers will create harder competition for the previously protected companies in developing countries, while its advocates point to the new possibilities in global markets for emerging market companies such as Haier (China) and the Tata Group (India).[4] In 2006 the global economy continued to expand so that most individual, corporate and government borrowers are making good on their obligations, which in turn has kept financial markets in clover.[5]

Economic liberalization is a broad term that usually refers to less government regulations and restrictions in the economy in exchange for greater participation of private entities; the doctrine is associated with neoliberalism. The arguments for economic liberalization include greater efficiency and effectiveness that would translate to a “bigger pie” for everybody.

Most first world countries, in order to remain globally competitive, have pursued the path of economic liberalization: partial or full privatization of government institutions and assets, greater labor-market flexibility, lower tax rates for businesses, lesser restrictions on both domestic and foreign capital, open markets, etc. British Prime Minister Tony Blair wrote that: “Success will go to those companies and countries which are swift to adapt, slow to complain, open and willing to change. The task of modern governments is to ensure that our countries can rise to this challenge.” [1]

In developing countries, economic liberalization refers more to liberalization or further “opening up” of their respective economies to foreign capital and investments. Three of the fastest growing developing economies today; China, Brazil and India, have achieved rapid economic growth in the past several years or decades after they have “liberalized” their economies to foreign capital. [2] Many countries nowadays, particularly those in the third world, arguably have no choice but to also “liberalize” their economies in order to remain competitive in attracting and retaining both their domestic and foreign investments. In the Philippines for example, the contentious proposals [3] for Charter Change include amending the economically restrictive provisions of their 1987 constitution. [4]

The total opposite of a liberalized economy would be North Korea’s economy with their closed and “self sufficient” economic system. North Korea receives hundreds of millions of dollars worth of aid from other countries in exchange for peace and restrictions in their nuclear program. Another example would be oil rich countries such as Saudi Arabia and United Arab Emirates, which see no need to further open up their economies to foreign capital and investments since their oil reserves already provide them with huge export earnings.