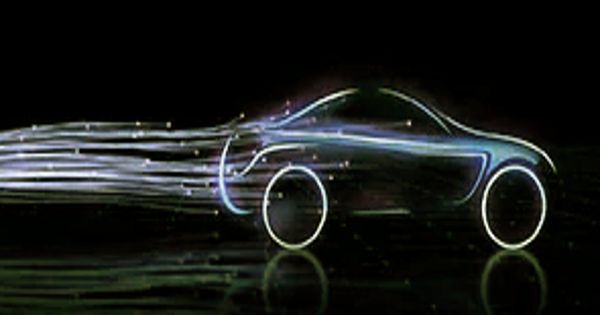 In the pursuit of advanced vehicles with higher energy efficiency and ultra-low emissions, Oak Ridge National Laboratory researchers are accelerating the development of a research engine that provides scientists and engineers with an unprecedented real-time view inside the atomic-level workings of combustion engines.

The new capability is a special engine designed to run inside a neutron beam line. This neutronic engine provides a one-of-a-kind sample environment for studying structural changes in new alloys designed for the environment of a high-temperature, advanced combustion engine operating under realistic conditions.

ORNL demonstrated the capability for the first time in 2017, when researchers successfully tested a small prototype engine with a cylinder head cast from a new high-temperature aluminum-cerium alloy developed at the lab. The experiment was the world’s first to use neutron diffraction to analyze a running engine, with the VULCAN neutron diffractometer at the Department of Energy’s Spallation Neutron Source, or SNS, at ORNL.

The study’s findings, published in the Proceedings of the National Academy of Sciences, not only demonstrated the hardiness of the unique alloy, but also the value of using non-destructive methods to analyze new materials, such as neutrons.

In the quest for advanced vehicles with higher energy efficiency and ultra-low emissions, researchers are accelerating a research engine that gives scientists and engineers an unprecedented view inside the atomic-level workings of combustion engines in real time.

Neutrons have a high degree of penetration, even through dense metals. When neutrons scatter off atoms in a material, researchers gain access to a wealth of structural information down to the atomic scale. In this case, scientists determined how the alloys perform under operating conditions such as high heat and extreme stress or tension in order to detect even the smallest defects.

The success of the experiment has prompted ORNL to develop a purpose-built research engine at an industry-relevant scale for use in VULCAN. The capability is built around a two-liter, four-cylinder automotive engine that has been modified to run on one cylinder to save sample space on the beamline. To maximize measurement flexibility, the engine platform can be rotated around the cylinder axis. The engine was designed specifically for neutron research, including the use of fluorocarbon-based coolant and oil, which improves visibility into the combustion chamber.

Researchers will be able to use the capability to quickly and accurately vet new materials and improve high-fidelity computational models of engine designs.

“Around the world, industry, national labs, and academia are looking at the interface between turbulent combustion in the engine and heat transfer through solid components,” said Martin Wissink, project lead at ORNL. “Understanding and optimizing that process is critical to improving engine thermal efficiency.”

“However, most of these models currently have almost no in situ validation data,” he added. “The goal is to fully resolve stress, strain, and temperature across the entire domain of all metal parts in the combustion chamber.”

The engine was designed to ORNL specifications and is currently in final development with the Southwest Research Institute. It will be commissioned at DOE’s National Transportation Research Center, or NTRC, at ORNL before its first use at SNS in late 2021. The NTRC and SNS are both DOE scientific user facilities that provide researchers from all over the world with access to the most cutting-edge tools in modern science.

The SNS’s VULCAN instrument is ideal for the research because it can accommodate larger structures, according to Ke An, the instrument’s lead scientist. VULCAN is intended for studies of deformation, phase transformation, residual stress, texture, and microstructure. According to An, they are preparing the platform for the neutronic engine by installing a new exhaust system and other retrofits, such as a new engine control interface.

“This is what will get people excited,” An said, referring to the ability to produce results on a larger, state-of-the-art engine. The neutronic engine “will give users even more options for validating their models to resolve issues like stress, strain, and temperature. It shows the direct value of neutrons to an important manufacturing sector.”

The neutronic engine’s measurements will be fed into high-performance computing (HPC) models being developed by scientists to accelerate breakthroughs for advanced combustion engines.

Researchers are interested in developing accurate predictions of phenomena such as heat losses, flame quenching, and evaporation of fuel injected into the cylinder, particularly during cold-start engine operations, when emissions are typically highest. The neutronic engine data are expected to provide a new understanding of how the temperature of metal engine components changes throughout the engine cycle.

The resulting high-fidelity models can be run quickly on supercomputers like Summit, the country’s fastest and most AI-capable computer. Summit is housed at Oak Ridge National Laboratory as part of the Oak Ridge Leadership Computing Facility, which is also a DOE scientific user facility.

“We’re bridging these fundamental science capabilities to applications and measuring in real engineering devices and systems,” Wissink explained. “Previously, it was not possible to measure strains and temperatures in engine components in their entirety. It is critical to have these data as either a validation or a boundary condition for the HPC models that can be shared with automotive researchers.”

According to Robert Wagner, director of ORNL’s Buildings and Transportation Science Division, the neutronic engine complements existing capabilities at ORNL and other national labs in the work to develop more energy-efficient and ultra-clean engines.

“Being able to run an engine in the neutron beamlines allows us to make unprecedented measurements under realistic engine conditions,” Wagner explained. This capability complements the one-of-a-kind resources provided by national laboratories to advance combustion engine efficiency and emissions, such as optical engine research at Sandia National Laboratories and the Advanced Photon Source at Argonne National Laboratory.

The power of these unique resources is currently being aligned to solve the most difficult problems through a six-laboratory consortium led by the DOE Vehicle Technologies Office called Partnership to Advance Combustion Engines.

“What distinguishes us here at ORNL is the portfolio of science available,” Wagner explained. “We are combining the world’s most powerful neutron source, the nation’s fastest supercomputer, and world-class materials science with our transportation expertise to tackle the grand challenges of a more sustainable energy future.”