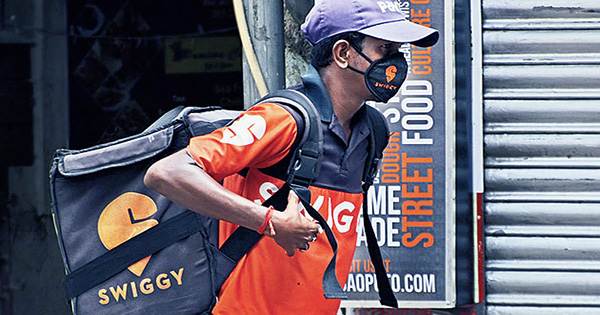 Swiggy, India’s leading food-delivery firm will spend $700 million on Instamart, its speedy grocery delivery service, escalating the battle for quick commerce in the world’s second-largest market. The SoftBank-backed business, which first launched Instamart in two Indian cities in 2020, On Thursday, the rapid grocery delivery service revealed that it now available in 18 locations and has reached a million weekly orders.

Fast-grocery delivery is quickly gaining traction in countries throughout the world, and investment money is pouring in. According to The Information, Instacart wants to start a 15-minute or less grocery delivery service in the United States. In the UK, Deliveroo has entered this market, and Getir of Turkey promises a 10-minute grocery delivery in Chicago.

According to two persons familiar with the situation, Zapp, a UK-based firm that guarantees delivery of vital things within 20 minutes, is raising roughly $100 million from Atomico, GIC, and Lightspeed. Zapp could not reach for comment right away. More startups are exploring the sector in India as well.

Zepto, a Mumbai-based fast-delivery firm, is actively growing in various Indian towns. According to a person familiar with the situation, the business, which released its app this year, just announced a $60 million investment and is already in discussions to raise a far larger round. (Zomato, Swiggy’s main Indian competitor, attempted to enter this area in the past but failed due to a lack of traction.)

Swiggy said that one seller-run dark store would add to its marketplace every day. By January 2022, the business hopes to get its deliveries completed in 15 minutes by establishing a network of dark stores near the bulk of its consumers, according to the company. “Instamart is on track to attain an annualised GMV run rate of USD 1 billion in the next three quarters if we continue on our present growth trajectory.”

“With our meal delivery company trending at a USD 3 billion annualized GMV run rate and Instamart’s super-charged growth, we’re extremely enthusiastic about our convenience goal coming to life in a huge way,” Swiggy co-founder and CEO Sriharsha Majety said in a statement. Swiggy, which has raised $1.25 billion this year, is close to concluding a new $500 million financing that would value the company at over $10 billion, according to two months ago. According to the report, Invesco is leading the round.