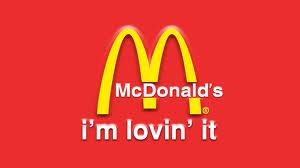 The Effect of Changing Tastes on McDonalds

McDonalds is the world’s largest chain of hamburger fast food restaurants, serving around 68 million customers daily in 119 countries.Headquartered in the United States, the company began in 1940 as a barbecue restaurant operated by Richard and Maurice McDonald.The business began in 1940, with a restaurant opened by brothers Richard and Maurice McDonald at 1398 North E Street at West 14th Street in San Bernardino, California.McDonald’s first filed for a U.S. trademark on the name “McDonald’s” on May 4, 1961, with the description “Drive-In Restaurant Services”, which continues to be renewed through the end of December 2009.

Effect of Changing Tastes on McDonalds There are around 40 Million American are considered obese. We live in a world, where everything is almost instant. We can go to a drive up window and receive a fast, hot meal in less than 3 minutes. Everything is about fast. That is the Mc Donald’s golden years. But sometimes, going too fast is not good for us. Customers now substitute healthy food for a quick cheap meal, a healthy diet, included with healthy habits, can change our life. These changes are great for our world, but it is hurting the Mc Donald’s profits.

What are Mc Donald’s strengths and weakness and what conclusion do you draw about it future?

Strengths:
– Industry’s leader: McDonalds has been the leader in the fast-food industry for decades, literally changing the way Americans ate. Like every other business, McDonald’s is subject to opportunities and threats in their specific and general sectors.
– McDonald’s financial condition seems to be fair, but on the rise and could go back to being strong in the near future. The company has enough money to satisfy it short-term and long-term obligations and their interest payments, signifying that debt is not a major problem for them.
– Production: McDonald’s has prided itself on its consistent product value. A Big Mac in New York tastes just like a Big Mac in Los Angles. Consistent product value has been strength for McDonald’s because customers know what to expect when they go into a McDonalds. If a consumer wants a Big Mac they know that they can get one, with consistent taste and quality, at any McDonalds worldwide.
– Others: McDonald’s, along with consistent product quality, delivers a consistent restaurant experience, a best supply chain in the industry and highest respect from its vendors.

Weaknesses:
– An old brand: McDonald’s has been around for so long, and most Americans have eaten at McDonald’s more times than they can count. It causes decreases in profits and puts a bad name on intangibles such as the McDonald’s name and the golden arch logo.
– Current competition: McDonald’s has been a part of fierce competitors between itself and other fast-food restaurants (Burger King, Taco Bell, Wendy’s, Arby’s, etc), but it seems to be getting more intense. Since the fast-food industry has a lot of growth potential, we are seeing thousands of new fast-food stores open every year. Quick meals can be found anywhere, supermarkets, convenience stores, and vending machines. The competition McDonald’s faces are becoming more and more intense and growing larger and larger in number.
– Marketing: McDonald’s ads were hitting the mark with little kids, but failed to reach teens and young adults, even alienating them. Consumers were left uncomfortable with the unfamiliar “I’m Lovin’ it” ads. There are many people only ate at McDonalds because there was no better alternative.

Should Mc Donald’s develop a separate strategy for the heavy user segment of fast food industry?

Yes, because McDonald’s brand is one of the highest ranking, best known and most valuable in the world, McDonald’s found itself in that brand – the Big Mac- and it is the main stream of its revenue to keep company stable.

What should Jack Greenberg do to grow sales, profits, and market share at Mc Donald’s?

I would suggest that McDonald’s attempt to develop new products, because the opportunity to do so it too great to avoid. They have experienced nothing but success with their new line of Premium Salads: it seems only logical to at least attempt to develop a new product that has the potential to be a very successful product in an ever growing industry. There is so much potential for generating high sales from the development of a new product because consumer trends and tastes change faster than ever.

McDonald’s ads should target market in that of teens and young adults. Because the “I’m Lovin’ It” campaign is not working and it needs to be changed, especially if new products are developed. The fact that their ads are successful with children and not teen and young adults poses a problem. Without good marketing it would be difficult to launch a successful new product and would also make it difficult to develop. But continue with its “I’m Lovin’ It” ad campaign and use it globally as a single brand message.