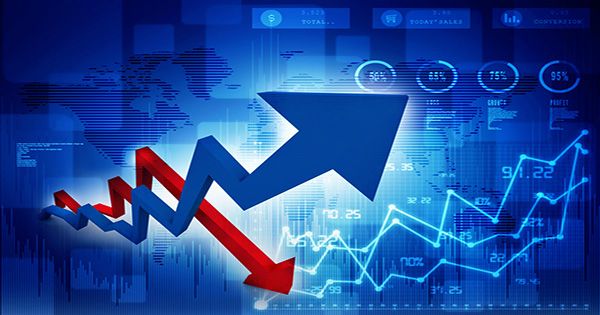 After the pandemic set the path for significant offline retail and commerce disruption, startups digitizing B2B e-commerce and retail in Africa continue to make headlines. TradeDepot, a Nigerian and American startup that connects consumer goods manufacturers to thousands of shops and assists with distribution, has secured $110 million in additional equity and debt capital to extend its purchase now, pay later service throughout the continent.

Despite the fact that TradeDepot declined to comment on the equity-to-debt ratio, data from the company’s SEC filing puts the equity share at around $42 million. The Series B investment comes roughly eighteen months after Partech Africa and the International Finance Corporation co-led a $10 million round (IFC).

The financing headed by IFC, with participation from Novastar, Sahel Capital, CDC Group, Endeavor Catalyst, and previous investors Partech and MSA Capital. Arcadia Funds, a lender that specializes in peer-to-peer and marketplace lending as well as insurance-linked products, led the debt financing.

Wale Ayeni, the IFC’s head of Africa Venture Capital Investment, and Brian Odhiambo, the West Africa director of Novastar Ventures, will join TradeDepot’s board as part of the transaction. TradeDepot is a B2B platform that links small businesses, kiosks, and retailers with worldwide consumer brand wholesalers that supply food, drinks, and personal care items. To carry out distribution, the corporation owns own warehouses and fleets of drivers.

According to CEO Onyekachi Izukanne, the firm had over 40,000 merchants on its platform last year, but now it has over 100,000. During the call with the CEO, he also revealed that during this time, TradeDepot’s GMV increased by 5 xs. TradeDepot’s major focus over the last five years has been on integrating technology into the supply chain and enrolling merchants one by one. To individuals who have been onboarded, the firm now offers a full variety of goods, including digital wallets and financial services, notably credit or BNPL options.

The BNPL service integrated into the company’s ShopTopUp platform, which gives retailers access to a credit line for any consumer items purchased through the app. TradeDepot, like any other B2B e-commerce platform that offers BNPL services, does not issue cash advances to these merchants. Instead, it delivers customers the things and allows them to pay in installments. The monthly repayment amount is around 5%.

“Because of this access, merchants are able to quadruple or triple their typical purchases.” The CEO stated, “We believe that these integrated financial services will be a critical part of this narrative: supply chain on the one hand, and everything linked to financial services to make these businesses run on the other.” “We believe they complement each other. And we’ve spent the last year and a half concentrating on bringing more of these integrated financial solutions to market.”

When the five-year-old business revealed ambitions to issue credit in 2020, it established scoring models by financing loans to shops off its balance sheets using equity. According to the business, its BNPL model has resulted in a 200 percent boost in transaction volumes for retailers. TradeDepot is putting up a debt structure to execute at scale on the back of 18 months of lending to these shops (looking at their purchase history, historical payback performance, and other related data points to forecast their creditworthiness).

In Nigeria and across Africa, the vast majority of small and medium-sized enterprises are offline. These industries create $1 trillion in yearly sales and $2.6 trillion in nominal GDP on the continent. These figures are grabbing the attention of an increasing number of entrepreneurs looking to provide digital infrastructure and funding to a disjointed distribution network across the value chain. While the judgment is yet out on whether merchants can effectively employ and grow online techniques, big firms including Capiter, Sokowatch, Alerzo, MarketForce, Sabi, and Omnibiz are continuing to develop throughout major African regions.