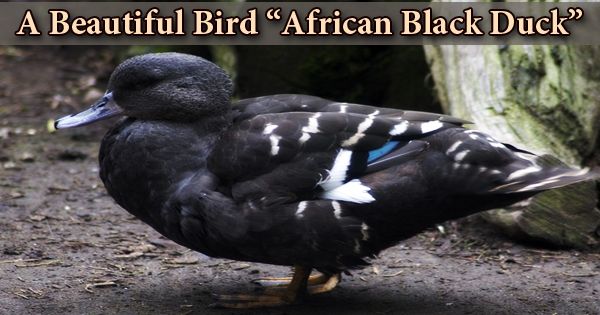 Often known as the black duck, black river duck, West African black duck, South African black duck, or the Ethiopian black duck, the African black duck (Anas sparsa) is a species of duck of the genus Anas. It is nearest to the mallard group genetically, but displays some peculiarities in its conduct and plumage (as far as they can be discerned); it is therefore placed pending further research in the subgenus Melananas. It is a very different species to the duck of the same name in North America. Both sexes have a very simple, dark plumage without an eclipse, similar to each other. As they prefer flowing water, they are normally found on streams or small rivers and are typically seen in pairs, never in flocks. They can also dive for food quickly as well. This species has an extremely large range and can be found in Angola, Botswana, Burundi, Cameroon, The Democratic Republic of the Congo, Equatorial Guinea, Ethiopia, Gabon, Guinea, Kenya, Malawi, Mozambique, Namibia, Nigeria, Rwanda, South Africa, South Sudan, Sudan, Tanzania, Uganda, Zambia, and Zimbabwe. Blue-black bills have African Black Duck from South Africa, while pink bills have those from the north of the vast range of the species. They can be found breeding at up to 14,000ft in Ethiopia. It is a black duck with a dark bill and orange legs and feet with pronounced white markings on its tail. Sometimes, particularly in flight, a purple-blue speculum is visible. She lives in southern and central Africa. The black river duck, or (A. s. leucostigma) West African black duck or Ethiopian black duck, is also known. It is a duck of medium size, 48-57 cm in length, with the larger the male. This species prefers fast-flowing shallow rivers and streams with rocky substrates, particularly up to 4,250 m in forested and mountainous areas (13,9436 ft.). 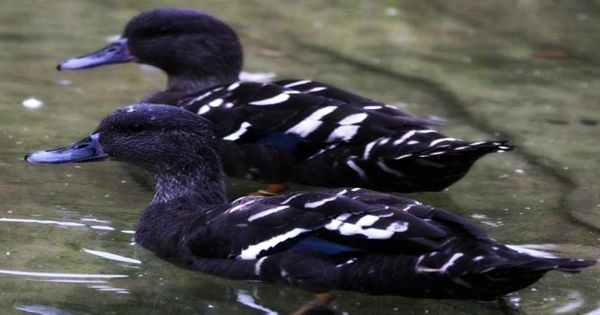 These interesting ducks, uncommon in captivity, have a reputation for being shy and elusive. They are hostile towards other ducks as well. With shallow water and plenty of shelters, they are best contained in an enclosure of their own. They are hard to breed but can use nest boxes at ground level. The species is diurnal, normally resting at night and feeding, sleeping, and preening during the daytime hours. From South Africa north to South Sudan and Ethiopia, with outlying populations in western equatorial Africa, in southeast Nigeria, Cameroon and Gabon, the African black duck is primarily found in eastern and southern sub-Saharan Africa. This shy, but territorial duck’s plumage is a mainly black duck with white markings on the back of it. They have feet that are yellow-orange. With the male being a little bigger than the female, this is a medium-sized duck. In various locations, this duck breeds throughout the year. Typically, this duck feeds off larvae and pupae that are typically found under rocks, aquatic animals, plant material, seeds, small fish, snails, and crabs. The typical nest consists of 4 to 8 eggs that are incubated for approximately 30 days by a hen. They leave the nest when they are just around 86 days old. In raising the chicks, the father does not participate. In the wooded hills of Africa, this duck likes water and conceals its nest near flowing water. The African black duck also produces driftwood and matted grass for its cup-shaped nest. While it builds its nest near water, it is still on the ground and above flood level. The species is endangered in Kenya by deforestation. Since these ducks are river experts, they are susceptible to habitat loss by river erosion, such as dam construction, water extraction, siltation, runoff, and riparian vegetation clearing.