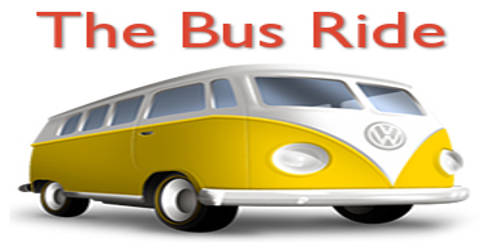 A Bus Ride – an Open Speech

A Bus Ride – an Open Speech

In another ten minutes, the bus arrived. it was already quite full but I managed to get in with the other commuters. When the door closed, I was jammed against the door of the bus. The bus was filled to the brim and there was not even much breathing space. I felt stifled and thought I would suffocate.

At the next stop, some people got off and I was able to move inward. But this made my position even more precarious as more people got on and I found myself sandwiched between two very huge men with nothing to hold on to.

As the bus stopped and moved at traffic lights, I would find myself helplessly bumping into others. I mumbled apologies whenever that happened. I could not even see where the bus was heading as my view was utterly blocked by the passengers surrounding me. But I did not worry as my school was near the bus interchange.

A few stops before the bus interchange, people started getting off the bus and there were no passengers getting on. Soon, there were only about a dozen passengers left and I even got a seat for the rest of the journey. When the bus reached the interchange, everyone got off and I slowly walked towards my school.