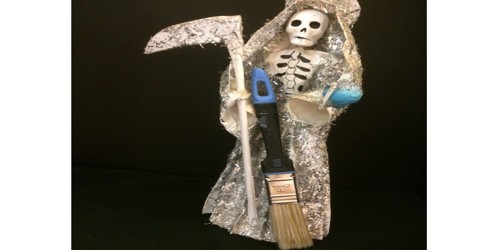 A Close Brush with Death

A Close Brush with Death

It was raining cats and dogs. Fortunately, we were in a car and my uncle, who was driving, had the situation under control. We passed slowly by an oil-palm estate. The driving rain made visibility poor. So my uncle drove very carefully. He had all the lights on. So did the other drivers. I could make out little blobs of light on the other cars through the white sheet of rain.

Overhead, black clouds hovered ominously. It felt as though they were about to fall on us at any moment. Lightning streaked across the sky and onto the distant hills. The ensuing thunder rumbled unceasingly. Some flashes of lightning came uncomfortably close and the resulting thunderclap was deafening, even with all our windows up.

All of a sudden a bright flash of light blinded us and a very loud crack made me lose my bearings. The next thing I knew was that my uncle had stopped the car and his face was pale with shock. I too was in shock. What had happened?

For a long agonizing moment, I struggled to collect my scattered wits. Then my uncle pointed a trembling finger at something outside the car. I looked in the direction and saw an oil-palm some ten meters away literally split in half through the middle. It was scorched black and smoking. I then realized that it had just been struck by lightning.

If the lightning had struck us instead, we would be scorched black and smoking too. Still trembling, my uncle quickly drove away from the danger zone. We had just had a close brush with death. It was close, too close for comfort.