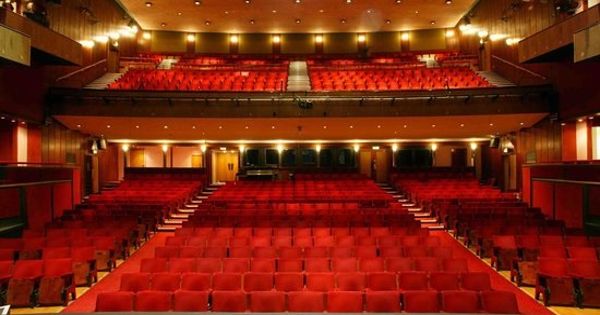 Last year I happened to be in charge of the dramatic section of our college union. My election to the position had proved a tough job because my views on the proper way of conducting a college theatrical were considered to be too original by many, perhaps even eccentric. I had no sympathy for those who wanted to represent on a hired public stage some popular play of the time, giving at best only an imitation of professional actors. I believed that a college theatrical should give scope to the dramatic talents of students, not only in the actual performance but in the management of the stage, decoration, costume, as well. So when I was at last elected to the job. I feel to my work with a will.

The first tussle took place over the selection of the play. It led to so much heat and difference of opinion that at one time I even thought of throwing up the job. Popular opinion was almost entirely in favor of selecting some contemporary stage success. I was definitely opposed to this but was having the worst of the argument. At last, help came to me from an unexpected quarter. One of our professors suggested we performing an adequate translation of a Shakespearean play. We were doing Julius Caesar in the class. He placed in my hands a translation of the play, and I resolved to champion Shakespeare’s cause. When I made the suggestion before the committee, the opposition first tilted and then collapsed. One great merit of the play was that it was man’s play: the two female characters could be easily eliminated. Whatever might have been the taste in Shakespeare’s time, or even in our village dramatic circles dressing up boys to play women’s parts seemed to me to be an awkward business. So the play was finally selected, and the roles were distributed. I found that, with soldiers and citizens, the play allowed so many of us to take part in it that the choice proved even more popular than I had thought it would be.

Now the rehearsals were taken up in real earnest. Our star actors were in fine spirits. Antony gave ample scope for theatrical declamation; Brutus afforded a fine opportunity for the presentation of intense mental conflict. Cassius and others had also plenty to do. And the minor characters were not only many but varied. We were helped in our rehearsals by many of our professors, some of whom had a real passion for the staging of plays. There were some heart, burning, and bickering when one player was retired from a role or another was asked to change his part, but, on the whole, there was plenty of them work to help smooth over these difficulties after three weeks of intensive rehearsals, in which none of us spared ourselves in any way. Our professor was satiated that the play was fit to be produced on the stage.

I did not take part in the rehearsals, but I was busy planning out the staging and the costume. I followed the principles of the little theatre movement in western counters. I was all for making our own stage. I called in those of my fellow-students who had a flair for these things and planned a stage with the resources at our disposal. The background was to be severely simple; three movable and interchangeable backdrops designed to suggest a change of scenes were found sufficient. The other parts of the stage also were to be simple in design and suggestive in effect. We supplied the designs to our artist friends, and they worked hard on them to get them ready for the time rehearsals were complete. The “props” or individual objects, such as pieces of furniture and modeled rocks or painted trees, were also got ready. The stage was improvised in our college courtyard which could accommodate near about a thousand students at a time. We also improvised the costumes: this was not difficult, as our own flowing robes could be easily altered to resemble Roman togas. It was hard work all the time: what with planning, designing, and carrying out, our hands were full: and we were too busy all the while to be critical or fault-finding.

The play had to be repeated on their nights to enable all our boys to see it. From the moment the drop-scenic went up, interest seldom flagged. Shakespeare, we are told made a fine job of his opening scenes, and it proved only too true. The crowded sciences were splendid Antony was superb, especially in the great “havoc” speech; here the translation had almost caught the fire of the original. But the most moving scene was the quarrel scene between Brutus and Cassius; when Brutus quietly told Cassius of Portia’s death, it produced a tense dramatic effect. The concluding tribute to Brutus not only was a fit close to the play but admirably summed up the impression left on the spectator’s minds. On the whole, the play was enjoyable. A popular stage success might have been more spectacularly imitated, but this was true work in which many took part and mode valuable contributions. It was all our work, and when it was done we were more than pleased; we could congratulate ourselves on a difficult job well done.