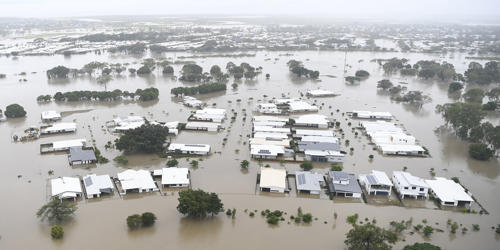 A Flash Flood – an Open Speech

A Flash Flood – an Open Speech

It was the worst rainy weather I had seen. The skies remained overcast as sheets of rain poured down without stopping. In the evenings, the rain was usually accompanied by blinding flashes of lightning and deafening peals of thunder. Most of the residents in my area remained confined indoors. Apart from people scurrying to and from work and school, there was little outdoor activity.

The town where I live, Kuantan, faces the Pahang River. After three days of incessant rain, the swollen river burst its banks and unleashed its fury on the residents. Many of the resident’s ere caught off-guard. As the floodwaters rose, many of the residents were forced to flee their homes.

Although our area was a flood-prone area, many were caught by surprise as this was not the monsoon season. Every year, the north-east monsoon would bring heavy rains to the east coast at the end of each year. However, the sudden floods in the middle of the year caused jitters among the residents.

Houses were inundated. The heavy downpour also triggered landslides, causing further damage to houses. The heavy rain caused traffic woes as many vehicles were stalled. Some motorists were seen pushing their stalled vehicles while others were stranded.

When the rain did not abate after two consecutive days, people began to be evacuated to higher ground. Many took shelter in a secondary school nearby which was turned into a temporary relief center. Most of the residents did not have time to salvage their belongings. Several residents from nearby villages were marooned in the area after road links were cut off by the floodwaters.

Various authorities were deployed to help evacuate and supply food to the flood victims. Strong winds aggravated the situation as several trees were uprooted. Roofs of houses were ripped off and went hurtling away n the fierce winds.

After a week of continuous downpour, the rain finally showed signs of abating. The overcast skies finally cleared. The faint glow of the sun’s rays brought cheer and relief to the people affected by the floods. People started to return to their homes. After a week of uncertainty and chaos, life returned to normal.