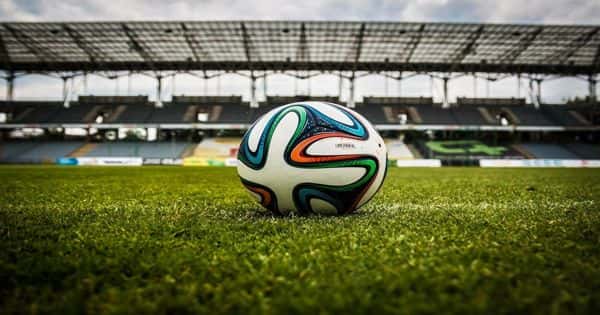 A football match perhaps is the most popular of all amusements all over the world. It attracts hundreds of thousands of eager, enthusiastic spectators. Possibly his popularity is due to the concentration of thrills and excitement with the space of an hour and a half that the game takes. To witness such a game is good relaxation after the day’s hard work.

To describe a football match requires a poet’s pen. It has an epic character. If the teams are evenly matched the game rises to the height of a heroic conflict a match between Mohan Bagan and East Bengal is splendid sport any day. Though not a football fan me, I cannot help sharing in the general enthusiasm whenever there is an encounter between these two teams. I shall describe one such occasion and how I took it.

From the very moment of queuing up for entrance the excitement began. First, there was the struggle for tickets; then a struggle for entry. Each of the two teams enjoys a big reputation all over the country. It has been built up through years of solid football. Neutrality is impossible; – you may support either one team or the other. And the two clubs have their bands of enthusiastic supporters. When I took my seat in the gallery, I was surrounded by eager partisans standing up for the team of their choice. At first, it was all good-humored banter, but I could sense a veiled hostility that lay under it. An innocent bit of humor at the expense of a team was met with a sudden flash of ill-temper which might have led to trouble, but others more interested in the game intervened, and peace was restored. Then the referee arrived and the teams took the field to the enthusiastic cheers of their supporters.

The captains came up, shook hands, and tossed for the position. As soon as the teams had lined up, their referee blew his whistle and the game started. The ball swung from man to man; – the players were on tip-top, now dribbling, now passing, now shooting hard and low or high overhead – and behind each move, one could see science at work. The least mistake would give the advantage to the other side. When the ball came towards the goal-posts, all the supporters of the attacking side would rise and cheer the forward-moving into the echo, while the other side would with equal zest shout warning, advice, and encouragement to the defenders. Those moments were packed with thrilling excitement. And whether a goal was scored or prevented, the mighty cheers of thousands of men would be heard miles around. I, of course, standing more or less on neutral ground, could not only share the enthusiasm but could enjoy the humor of the situation as well. For just imagine, all the excitement was over nothing more than pushing an inflated ball through the goal-posts against a crowd of opponents! It brought profit to none, but distributed pleasure all around.

I saw the game severely years ago, and being neutral, do not exactly remember who won. But I enjoyed every moment of the game. There was ample evidence of skill and strength and manliness. Above all, there was sportsmanship, – playing the game hard to win, but refusing to take unfair advantages.

A football match is good both for the players and for the spectators. It is good for the players because it gives them training in discipline and the will to win which is so important for the achievement of success in life. it is good for the spectators because it brings them life, joy, and enthusiasm. For a moment it lifts them from the dull monotony of their commonplace life.