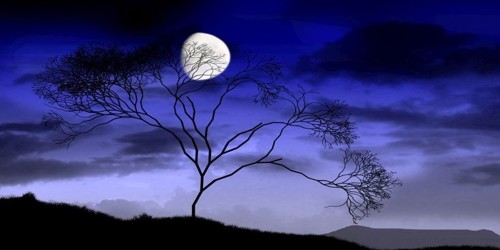 A Frightful Experience in my Life

It was almost twelve at night. I had to walk through an area filled with undergrowth to get to the shop. I was returning home from a late film show. It was not too unpleasant except that I had to keep to the narrow footpath and not blunder into the bushes. There were no buses, so I had to walk all the way home. Buying some flour from the shop seemed harmless enough. The shop was the nearest one and my mother reckoned I was old enough to run a simple errand for her.

As I was feeling rather tired, I decided to take a short cut through the back alley. Suddenly I heard a growl from within some bushes. As I approached the back alley, I noticed that it was dark and still. A ferocious dog appeared in front of me with its fangs bared. I froze. If it were to attack me I knew I could not fight it. Nobody seemed to be around. I had heard that if you keep still, a dog would not attack.

It worked. The dog came up to me and sniffed me all over, but it did not bite me. Taking a deep breath, I plunged into the alley. I trembled with fear but dared not move. I walked very fast, glancing nervously all around me.

After a while, it lay down beside me. I thought it was safe to go, but the moment I moved a leg it stood up and growled fiercely again. I was trapped! The dog would not let me move. What could I do?

I waited in fear. As long as I remained still, I was all right, but how long could I stand there like that? My feet were already feeling numb.

Then I had an idea. The shop was just a short distance away. I shouted “Help! Help!” with all my might. The dog looked confused but did not attack me.

The shopkeeper heard my shouts and came to investigate. The dog, which was obviously his, wagged its tail and folded back its ears. He quickly brought a chain and tied it to a post. I was so relieved. The shopkeeper apologized and gave me a free packet of flour.

I was badly shaken with fright. What a frightful experience it was. My heart was beating wildly and my whole body was trembling. Anyway, I never had any more trouble with the dog. The shopkeeper kept it tied up at all times. Even since that night, I vowed never to take that short cut again.