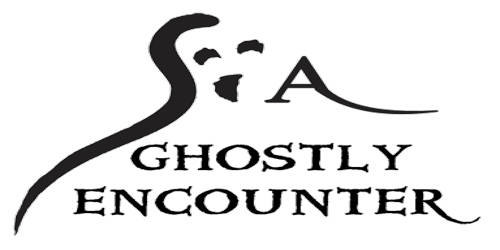 A Ghostly Encounter – An Open Speech

A Ghostly Encounter – An Open Speech

I had gone to Malacca with my three friends. Ali, Alex, and Bishek, during the school holidays. we went to a quiet village and a relative of my friends had made us welcome and offered us the use of one of his rooms. The village was a far cry from the city where we lived. There was no hustle and tussle of the rat-race found in the city. the days moved at a leisurely pace and we had lots of fun fishing in the river and climbing trees to pluck rambutans and mangoes. It seemed that life in the village was absolutely carefree.

One day, Ali claimed that he had heard that there was a haunted house on the outskirts of the village. He said that the house was very old and was in a badly ruined condition but none of the villagers would go near it. We thought that Ali was just pulling our legs when our host, Mahmud, stepped in. We asked Mahmud if there was such a house and he assured us that indeed there was. he also advised staying away from the haunted house. He seemed to be in earnest but we brushed aside his admonitions. None among the four of us at that time believed in the existence of ghosts and we attributed such tales to overworked human imagination and folklore.

That night, Alex suggested that we go to the presumed haunted house and prove to the rest of the superstitious villagers once and for all that there was no such thing as ghosts. We readily agreed to this plan and we made our way to the house in question.

When we reached the dilapidated house, we felt an eerie chill, yet not even a gentle breeze was blowing. We flashed our torchlights and made our way to the house. The house had no door and we boldly walked in. There were still bits and pieces of old furniture strewn all over the floor and there were cobwebs hanging on the walls and ceilings. Insects and birds had built their nests inside the house. we smiled at this site for this is an excellent example where the tiniest of God’s creatures had made this place their home when a man in his false superstition had abandoned.

Just then, we heard a terrifying scream. We had goosebumps and felt our hairs standing on ends. We looked at one another n fright. Then, a light formed in the middle of the room and a ghostly apparition appeared right before our eyes. The face was that o the ugliest woman we had ever seen. Her face had a long line of open scars and we could see maggots and worms oozing out from the open scabs. She was floating in the air and her feet were not visible.

For a few seconds, we were dumbstruck and then in unison, we fled from the house as fast as our legs could carry. We ran all the way to Mahmud’s house and stopped to catch our breath only we have locked ourselves in our room.

The next day, all of us were down with a high fever. Mahmud called the doctor and we were each given an injection and prescribed a course of medicine. We were bedridden for three days. When we had recovered, we told Mahmud what had happened. He smiled and said that he had guessed as much as it was odd that all four of us should be taken ill at the same time. He told us that certain things cannot be proven scientifically but that does not mean that they are not true.

I cannot argue with that now.