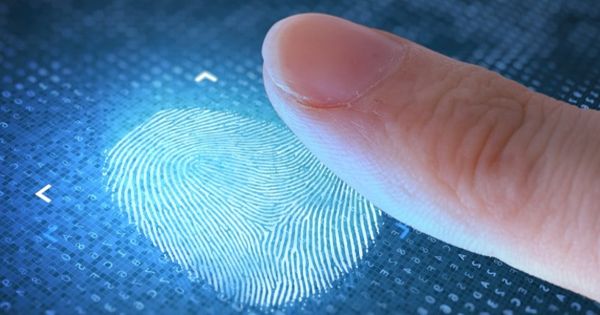 A Man Unlock his Smartphone with his Severed Thumb

Higgins had lost the tip of his index finger in an industrial accident involving a crane two weeks before. He chose to keep what was left of his crushed digit in a vat of medical-grade alcohol as a precaution in case insurance ever gave him trouble again.

And as it turns out, it made for a fun at-home technology test. “I extracted [the fingertip] from its grave of medicinal alcohol, dried it off and… eureka! … managed to register my dead finger on my phone,” Higgins told the newspaper.

Kieran Higgins, a retiree living in rural Spain, used the severed tip of his index finger to successfully unlock his Samsung Galaxy A20 smartphone, The Register reports.

Kieran Higgins, a retiree living in rural Spain, is the man who unlocked his smartphone with his severed finger. Higgins had suffered a finger amputation in an industrial accident involving a crane. He did, however, keep the remains of his finger in a vat of alcohol as a precaution in case his insurance company tried to pull a fast one on him or cause him any trouble. And since he had the finger lying around, he figured he might as well try it out.

Higgins tells The Register in a video call that because he has spent most of his life dealing with insurance companies, he decided to keep the fingertip for insurance purposes. “You never know when things will get nasty. “So I kept it,” he explained matter-of-factly, “because insurance companies hate paying out.”

When he realized he couldn’t access his “brand new shiny whatsit,” he “devised a cunning plan to register the fingerprint” with the shriveled digit that had been encased in a “grave of medicinal alcohol” for two weeks. That’s some good old-fashioned horror. If given the opportunity, this is something Ethan Winters would do in Resident Evil Village.

Higgins had to drive himself more than 20 kilometers from the scene of the accident in rural Spain, after a quick stop at the local pharmacy, where they simply “wrapped it in a paper” and sent him on his way.

What’s amazing is that, despite the fact that his fingertip had been crushed severely enough that it couldn’t be reattached, it still worked to unlock his phone. At least, from what the reporter could see via video link, it appeared to work.

It worked because it was the same finger that was used to set up the device. It is, however, unusual because many fingerprint scanners require the finger to be able to conduct electricity, as Live Science reported back in 2018.

According to the report, the longer a person has been dead, the more difficult it is to unlock a conductivity-based fingerprint recognition system.

The Samsung Galaxy A20 is a low-cost device with a capacitive fingerprint reader on the back. Higgins’ finger may have simply not been dead long enough to stop working.

It’s not the first time a dead finger has been used to open a phone. In 2018, Florida police went to a morgue to unlock a deceased man’s phone in order to look for evidence.

There is currently no consumer-facing technology that detects a finger’s ‘liveness,’ but it exists, according to Lucas Francese, biometric devices manager at Thales, a French aerospace, defense, transportation, and security company. The ‘Liveness Finger Detection’ technology prohibits the use of “fake fingers, such as those made of rubber or gelatine, but allows real fingers, dead or alive, to work.”