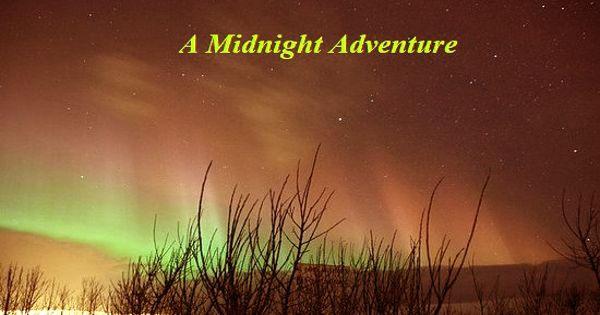 It took place in a village. The place was lonely, and far away from any town. My friend and I were in search of adventure. We walked nearly fifteen miles to reach the village. We wanted to rent a small cottage there. There was only one empty cottage; we found out the owner. He told us not to take it; no one liked to live there; it was really a haunted house. A ghost? – This was just what we wanted, – a real adventure. As we would not listen to him, he lent it to us for nothing. But he asked us not to blame him if anything happened.

We went to the cottage and occupied it. We cleaned a room, made our bedding, and cooked what food we had. Then we began to talk of the ghost. We wondered what it would be like. At last, we went to bed at 10 p.m. we were dead tired, and soon we were sound asleep.

Suddenly, a cold hand touched me. I got up with a start and a shiver. A dim lantern was burning. No, it was no ghost, – it was only my friend. But he was trembling. What is the matter? I asked. He whispered to me, “don’t talk but listen!” I listened. Yes, there was no mistake. It was the sound of a woman’s anklets: somebody seemed to be moving about and her anklets tinkled. Now the sound was on the roof; now it was on the ground; now it seemed to fly through the air. A woman at night jumping about here, there, and everywhere! After some time, I made up my mind to go out and see. My friend would not let me out but I was determined.

I opened the door and went out. It was a beautiful moonlit night. I heard the sound as before but saw no one. I was in a cold sweat. And then suddenly all was clear. How I laughed! There was an owl flying about; someone had tied bells to its legs, and these tinkled whenever it moved, – now on our roof, now hopping on the ground and at the next moment upon a tree. We had a good laugh and went to sleep.

The next morning, we told the story to the owner of the house. Soon the whole village heard it. The owner thanked us; but I think the good village, people were sorry. A haunted house gave the village a distinction, and then to find it was only an owl!