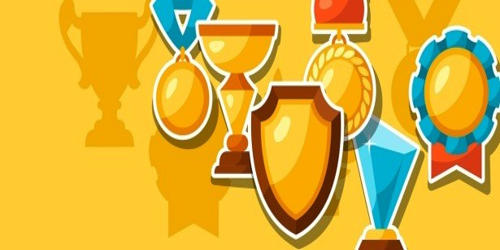 The day for giving the award to the winners was fixed. The honorable Minister for education gave his consent to attend the function as the chief guest. The whole campus and the college-auditorium were decorated with colorful flags, festoons, and banners. All the buildings in our college were painted white and the premises were decorated with balloons, festoons, colored papers, etc. our central field was also decorated nicely. For this occasion, we were busy for about a week in decorating the college building and premises. At 11 am the invited guests began to come in. The volunteers were ready to receive the guests. They guided the distinguished persons of the locality to the seats specially reserved for them. The guardians of the students took their seats. Special guests and the guardians of students were invited to this occasion. A big pandal was made for it. The students were in a very joyful mood.

At about 11:30 the chief guest arrived. The students received him with a bouquet of flowers. The Principal along with the teachers escorted the chief guest to the seat of honor. A loud burst of cheering welcomed him as he took his seat. The Principal took his seat beside the chief guest and presided over the ceremony. Then the national anthem was sung. While singing the national anthem every audience stood up. There were two nicely decorated tables on which the prizes and medals were arranged in proper order.

The function began with the recitation from the holy Quran and the singing of our national anthem. The Vice-principal read out the Annual reports. He recounted the developments that had been carried out through the last years. Then the headmaster delivered his speech. In his speech, he read our school result. Everyone was surprised to hear the improvement of our school result.

After the Headmasters’ speech, the chief guest came to deliver his speech. He congratulated the institution for its brilliant performance. The chief guest advised the students to be attentive to their studies and build their moral character properly so that they may be the worthy citizens of the nation. The chief guest also gave assurance to provide more financial assistance for the development of the college.

Then the ceremony began. The Vice Principal called each recipient announcing the subject on which the award was offered. The winners of the award were cheered by all. The chief guest shook hands and gave the prizes to the students. I also got one prize for doing good results last year.

Finally, the Principal and President congratulated the chief guest, other distinguished guests, guardians, and the students for their all-out co-operation for the success of the occasion. He also spoke earnestly about many difficulties that the institution had faced. He made an appeal to the government and the public not to undermine the importance of education because the welfare of our country depends on education. With the vote of thanks by the teachers and the students, the ceremony came to an end.

Thus the function came to an end. Both the guardians and the students enjoyed the function. It was quite an enjoyable day. The memory of this day is still fresh in my mind. The day put an everlasting impression on my mind.