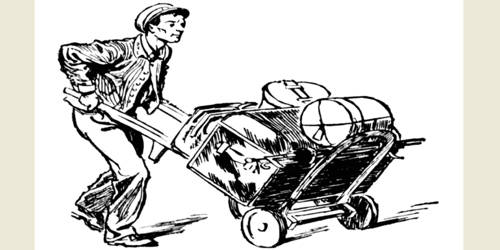 The income of a railway porter is very low. He leads a very miserable life. He lives from hand to mouth. It is a matter of great regret that in spite of his great service to the people, he is neglected. Yet he renders a great service to people. He is one of the persons neglected in society. There is every reason that the work of a porter should be considered dignified. But unfortunately, they work hard but remain poor. Their sorrows and sufferings know no bounds.