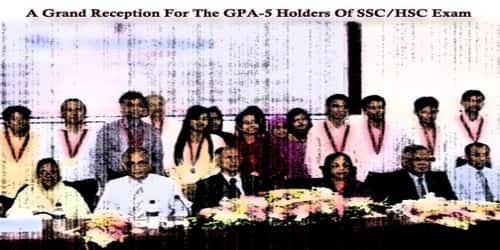 A grand reception to the GPA-5 recipients of the SSC/HSC Exam. 2018 was held yesterday under the chairmanship of the Deputy Commissioner in the district council auditorium. The local MP attended the function as the chief guest. The District Education Officer directed the function. Distinguished guests and guardians were also invited to attend the program. The program arranged by the district administration started with the recitation from the Holy Quran.

The students who secured GPA-5 were also present. They were welcomed with the petals of flowers. A crest, a certificate, and TK. 5000/- to each of the students was given. The program was followed by a cultural function in which some noted singers performed.