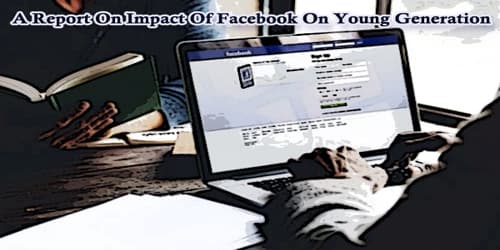 A Report On Impact Of Facebook On Young Generation

Facebook is a social networking service that is not an unmixed blessing. Over the past few years, there has been a revolutionary development in mobile phone and computer technology. Internet services have been more accessible to people. Some social service networks such as Facebook, Twitter, LinkedIn, YouTube gave the people global access to communicate among themselves. Of all these social service networks facebook has been more popular. Obviously Facebook has some positive sides. By means of facebook people now exchange ideas and messages like next-door neighbors. Facebook being web-based, people write their views, feelings, and opinions on the free blog and instantly communicate with people wherever they are. The social network services allow the users to upload pictures, multimedia contents and modify the profile anytime. In social network service’s there are different options to express one’s feelings. There is space for the viewers or the readers to write comments or like their uploaded photos or write-ups. The reading and writing of social media enhance the users’ skill to write and read.