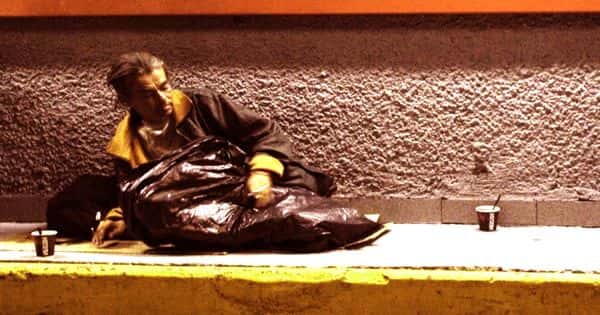 A richly reward by beggar – an Open Speech

A richly reward by beggar – an Open Speech

Der Lun followed his mother to the market as usual. It was a chore he enjoyed because the market was such a vibrant place. There was always something interesting to see.

That day, Der Lun caught sight of a middle-aged man with unkempt hair and old clothes. He was a beggar. He held out a wooden bowl and passers-by dropped in coins. Der Lun’s mother put a small coin into the bowl as she passed him by. His eyes followed the mother and son as they set off for home. As Der Lun and his mother turned into the narrow path that led to their house, he suddenly realized that the beggar was following them. Der Lun told his mother about it. Alarmed, she quickened her steps and as soon as they got inside their house, she locked it. Der Lun peered out the window and saw the beggar sitting on the ground near the gate. Why did the beggar follow them? Der Lun wished he knew.

After a couple of hours, Der Lun’s mother became concerned for the poor beggar. He had not moved from his spot. She gathered up her courage and went to ask the beggar to leave. But the beggar merely looked at her with a gentle smile. Worried that he would fall ill with no food and water, she sent Der Lun to give him a bowl of rice and vegetables and some tea. The beggar ate and drank. Then he lay down under a tree to sleep. Der Lun’s mother was at a loss as to what else to do. She was just a poor widow with a young son. Since the beggar refused to leave, she and Der Lun built a little shelter for him. He seemed content with whatever they gave him.

A week passed and one day, Der Lun found the beggar gone. Der Lun and his mother searched for him but he was nowhere to be found. Not long after that, a car stopped outside Der Lun’s house and two well-dressed men got out. Der Lun and his mother wondered who they were. The men introduced themselves as lawyers representing a Mr. Cheong. They explained that Mr. Cheong wanted to repay Der Lun and his mother for taking care of him. Mr. Cheong was a millionaire who had once been homeless. Now that he was rich, he liked to look for deserving people to help. He would disguise himself as a beggar and when he met someone who was kind to him, he would give that person a sum of money.

The sum of money Mr. Cheong gave to Der Lun’s mother was enough to make their life more comfortable and to give Der Lun a university education. Der Lun and his mother could not believe their good fortune. They treated the beggar well out of compassion. They never expected to be so richly rewarded.