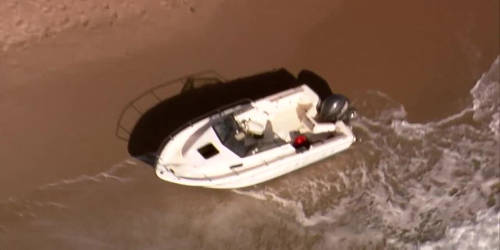 A Smuggling Operation – an Open Speech

A Smuggling Operation – an Open Speech

Samuel was feeling bored at home. He had been confined to his house since he fractured his leg in a soccer match two weeks ago. His leg had been set in a cast and he could only walk with the aid of crutches.

Samuel picked up the cordless phone by his bed and sat thinking. Who could he call then? He knew that all his friends were in school. He was about to replace the handset when a thought occurred to him. He disconnected the telephone wire from the phone and pressed the ‘talk’ button. He put the phone to his ear and listened. At first, he could only hear a static crackle. He kept changing channels to see if he could eavesdrop on any conversation. he knew that it was sometimes possible to pick up conversations of other users but they would not be able to hear him.

After he had the necessary details, Samuel plugged in the telephone wire again and quickly dialed the police. He gave his particulars to the police operator and repeated what he had overheard. The operator thanked him and said that the police would investigate the matter.

A few days later, a senior officer from the Singapore Checkpoints Authority and a Superintendent of Police paid a visit to Samuel’s house. the police had apprehended the smugglers as they tried to smuggle in the illegal cigarettes a the visiting officers thanked Samuel for his timely information.