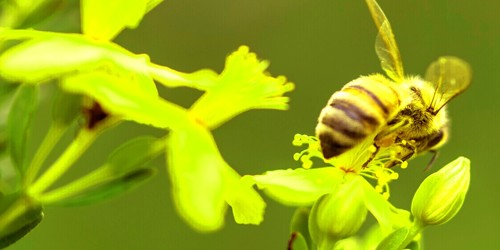 The bee is a small Insect. It is very active. It has six legs, four wings, and two stings. It flies on the wings. It does not know what is rest. It can walk with its legs. It stings to save itself. Its strings are poisonous. It is very active and industrious. It works from down to dusk. It is more useful to man than all other insects.

Bees are of three kinds: The drone, the queen bee, and the worker bee. Drones are beautiful. The bee is of golden color. It has black spots on the body. The length of bees ranges from 2 millimeters to 4 centimeters. First is the queen bee which is the mother of the whole swarm. She does nothing but lay eggs. The second is the male bees known as the drones. They are big and lovely to look at but they are very lazy and do nothing but eating the honey gathered by others. If there is more than one queen bee, there is war among them. The winner rules the hive. The loser goes out with its swarm in search of a fresh hive. Bee-hives are generally made on the branches of trees. Pollen is the main protein source that bees use. Bees promote the growth of flowers by carrying pollen dust from flowers. Going from plant to plant they sometimes leave pollen on the plants. The pollen falls on the plants of a different species, which results in cross-pollination. 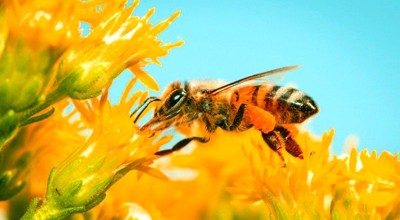 The bee lives on honey and sweetmeats. It files from flower to flower and takes honey. They collect honey from flowers. It stores honey in the hive. In the winter it remains idle but it works for hand in the spring. The bee is found in many parts of the world such as India, Spain, Italy, Egypt, Germany, and Russia. In India, bees are mostly found in the Himalayas and the Sunderbans. There are over 20,000 different species of bees in the world. Lots of them have not been studied or even discovered.

Bees are very small but they are very industrious. The bee lives together. The queen bee is the head in a hive. It lays eggs. The drone is idle. The worker bees come to a place in swarms and make the hive. The hive is divided into many cells. The wax is produced from their bodies and shaped into cells by their stings. As soon as the honeycombs are ready, the workers divide the work of the hive among themselves.

They are very useful to mankind for their sweet honey. Still, they are wild in nature and are to be kept always at a careful distance. The bee is the ideal of industry, unity, and disciple.