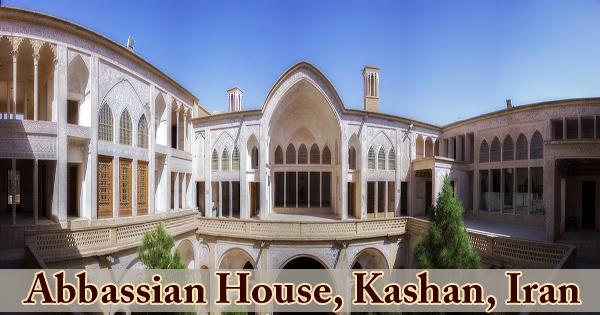 A Visit To A Historical Place/Building (Abbassian House, Kashan, Iran)

The Abbassian House is a large museum of historical houses in Kashan, Iran, situated near the historical houses of Boroujerdi and Tabatabaie. After a full day of walking and visiting nearby attractions, it could be a perfect resting spot. The Abbasian house is remarkable in terms of architectural variety and symmetry, despite its obvious resemblance to the traditional style of houses in Kashan. This house was commissioned in 1836 by Haj Mohammad Ibrahim, a well-known glass merchant. It used to constitute an ensemble of five courtyards that were separated after the death of the owner into separate buildings. The multiple yards constructed on various levels of differing heights are especially remarkable. From the lowest to the upper levels, the incremental increase in the size of courtyards produces a spacious area in front of the southwest and northeast components. It has been partially turned into a teahouse, a traditional restaurant, and a small shop. The house features the striking atmosphere of the 18th-19th centuries and represents the wealthy families’ lifestyle. It is popular among visitors/tourists, who claim that exploring all the halls and yards of this castle takes at least an hour. The area is more than 5000 square meters in total. Unfortunately, there is no established evidence of its architecture, but it is understood that the building period lasted about 20 years. The main courtyard was used by Abbasi to teach his religious lessons. The house was split into five sections after his death and sold separately. It is now protected, partially restored, and converted into a public museum by the Iran Cultural Heritage Organization. 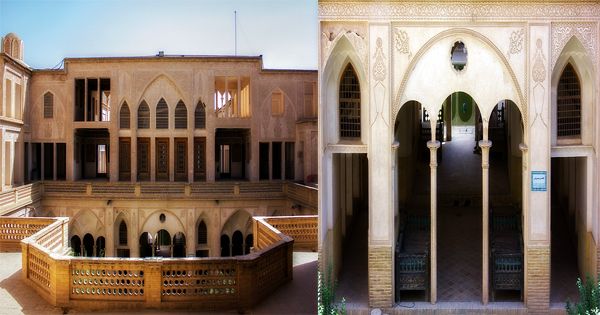 The Abbassian house reflects different methods of architecture, beginning with the covered Islamic style that accentuates the inner beauty rather than the appearance. Abbasi Building, like most of the typical houses of that period, features the “birooni” public part and the “andarooni” private living part, used mainly by women and servants. The residential portion of the house is split into two parts of the home in winter and summer. Winter rooms are smaller and have less movement of air, which helps hold the inside of the warm air. There are air-conditioned summer rooms with wind towers and fountains. There is a ceiling built with mirror parts in one of the chambers to offer the appearance of a starry sky under the nighttime shimmer of candlelight. There were also secret passageways built into the house. The house comprises two main entrances; one is located south of the courtyard, consisting of two corridors, a vestibule (hashti), and a yard, which collectively leads the visitors to a corridor ending in different corners of the courtyard via a number of successive twisting spaces. The other, situated to the north, take two turns and leads to the northeastern platform in the courtyard, with an open passageway, a vestibule, and a hallway. The southeastern section has a hall (talar) and two rooms (seh-dari) linked to each other on the first floor by sash doors and three rooms, one panj-dari and two seh-daris connected on the second floor by two small porches (ayvancheh). There are two elongated spaces above the ayvans on the upper mezzanine, illuminated by narrow apertures from the courtyard. Abbasi House has many larger halls, which are used for hosting visitors, along with quarters. Visitors will also see the laundry room, kitchen, and prayer room in the living part of the house and the public part of the storage room and pavilion, as well as hidden corridors designed for emergency evacuation. There is an outstanding “Shahneshin” on the second floor, a five-door traditional hall, called Mirror Hall. The ceiling is decorated with mirror mosaics that produce a starry sky feeling. Several steps below the courtyard is the ground-floor. Above it, two kafsh-kans surround a seh-dari room. In summary, one of the most important Old Iranian Islamic private houses is the Abbassian house.