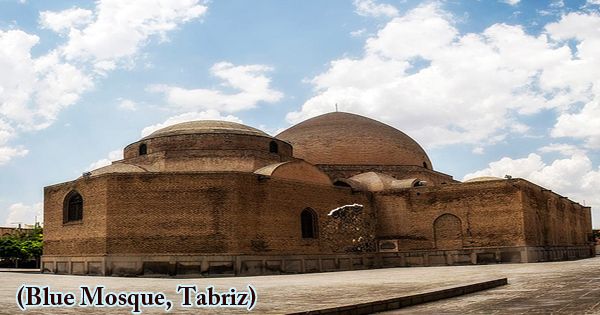 A Visit To A Historical Place/Building (Blue Mosque, Tabriz)

The Blue Mosque (Persian: مسجد کبود‎, romanized: Masjed-e Kabūd) is one of Iran’s precious historical landmarks that has differentiated this majestic building from other similar examples in its particular architectural style. In Tabriz, Iran, it is a historical mosque; in 1465, the mosque and some other public buildings were built on the orders of Jahan Shah, Kara Koyunlu’s ruler. It is a special blue mosque; the blue tiles used in the construction are the reason it is called the “Blue Mosque” or “Kabud Mosque”. In an earthquake in 1780, the mosque was seriously damaged, leaving only the Iwan (entrance hall). Reconstruction started in 1973 under the supervision of the Iranian Ministry of Culture by Reza Memaran Benam; it is, however, still incomplete. One of the precious Persian architectural masterpieces is the Blue Mosque or Jahanshah Mosque, which is different from other mosques. The mosque’s history dates back to the 15th century. The fact that it is called the Turquoise of Islam has been inferred by the numerous tiling works, calligraphy lines, and distinct patterns. It is also known as the Mosque of Kabud, Shah Jahan Mosque, and Mozaffarie Mosque. The mosque was vastly ruined because of the 18th-century earthquake. While the last vestige of the mosque these days is nothing but a portal and some pillars, it is a witness to the wonders of the mosque of the 9th century. The local citizens of Tabriz looted the building’s ruins in the 19th century. The mosque was subsequently reconstructed in the 20th century, during the Pahlavi period. Mohammad Reza Memaran Benam, a traditional architect from Tabriz, with the authority of the Iranian Cultural Heritage Organization, is preparing and supervising the reconstruction. 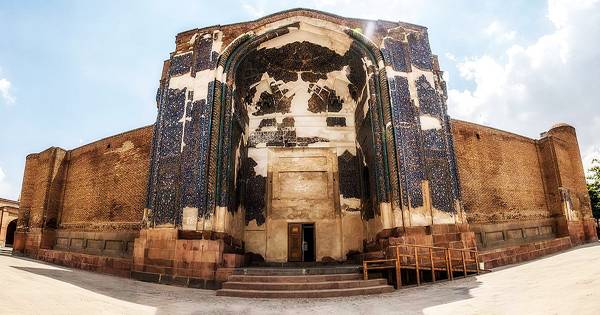 The Blue Mosque is also an example of Islamic designs and decorations, covered in beautiful blue tiles from which it derives its name, as there are Kufic, Naskh, and Thulth scripts as well as various arabesque and geometric patterns inside. Due to its stunning blue tiles, also called the turquoise of Islam, the mosque was completed in c. 1465 and is also notable for its simplicity, brickwork, and great scale. One of the priceless Persian sites is the Blue Mosque. It is distinct from other mosques in its architecture. This historical site would make people who love art fall in love with it. The cyan tiles come in a geometric pattern that produces a distinctive architectural style. In 1727, the mosque survived a destructive earthquake. Many parts of it, however, caved in because of a quake that struck later in the same century. In 1973, several parts of the building were restored. The missing tiles on the façade of the mosque are also a reminder of the marks that the mosque bears from the damage caused by the tremors. Blue mosque was a series of several buildings in the past, such as a school, mosque, Khaneghah, library, etc. Sadly, none of them are left nowadays and only the mosque is restored. The roof that is used for decorating it with gold and lapis lazuli is the eye-catching aspect of the mosque. A time-honored mausoleum, itself a source of splendor, lies in the southern part of the mosque. It is completely paved with huge marble slabs with a backdrop of fine arabesques on which verses from the holy Quran have been engraved. A play of color and light that shines through the windows of the mosque, aside from its unusual architecture and history, offers photographers a great opportunity to take unique artistic images. There is a small cellar inside the mosque, where there are two graves that are likely to belong to Jahan Shah ibn Yusuf, the chief of Kara Koyunlu, and his companion, even though they are empty now. In 1934, the Blue Mosque was registered as a national heritage and a great deal of renovation was done from 1972 to 1975, and the renovation and completion of the structure, interior, and exterior design has recently been carried out.